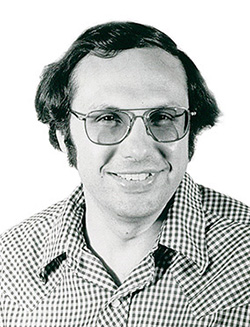 Dr. Gary Simmons was a forest entomologist and biostatistician in the Department of Entomology. He earned his BS and MS from Michigan Tech and his PhD from the University of Michigan. He was an assistant professor in Entomology at the University of Maine for four years before joining the MSU Department of Entomology in 1976. Gary always placed students first among his priorities at work and was the major professor of 13 M.S. and 6 Ph.D. candidates.

When Gary passed away at the age of 47 in January 1991, the Department established the Gary Simmons Distinguished Lecturer Series as a memorial, with a special fund to cover all expenses for a speaker to be selected by the students in the Department. Every year, members of the MSU Graduate and Undergraduate Entomological Student Society (GUESS) nominate, invite and host the distinguished speaker.