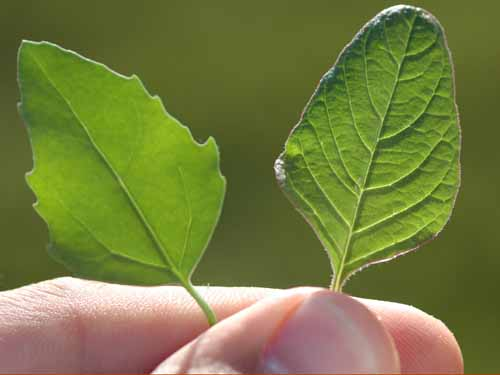 Like many other summer annual broadleaf weeds, common lambsquarters is generally considered an 'establishment weed.' Common lambsquarters needs cultivation (bare, loose soil) to establish. Therefore, it can often be found in spring establishments, compost piles, waste areas, and fallow fields. Common lambsquarters does not tolerate routine mowing and will usually disappear after a month or two of maintenance. The leaves are somewhat variable in shape although they tend to be rhombic (wider in the middle and tapering at the apex and petiole) and covered with a gray-mealy coating.