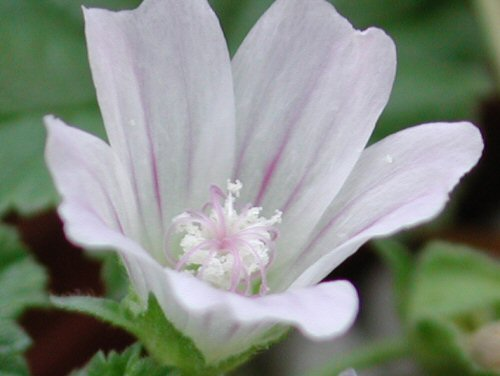 An annual or biennial of low maintenance turf and waste areas. Common mallow most often establishes along culverts, fencelines and near foundations. Common mallow forms a clump whorled branches that do not root where they touch the ground. Mallow has a distintive palmately compound leaf and a 'cheese wheel' seed pod. Plants reproduce by seed and produce pinkish-to-white flowers in mid-summer.