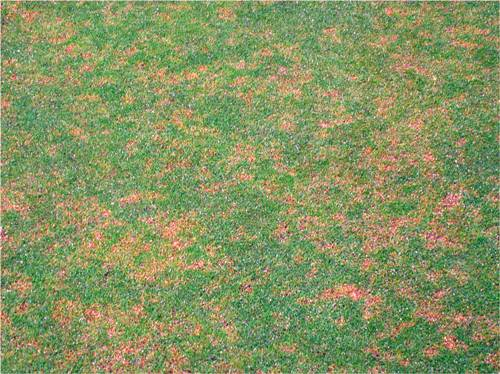 Anthracnose can occur as both a foliar infecting and crown infecting disease. Crown or basal rot anthracnose attacks the crowns of grass plants, unlike the more common anthracnose, which primarily attacks the foliage. Symptoms first appear as bronze-yellow spots in the turf, usually about the size of a dime. Spots can become larger if disease persist forming irregular shaped areas of affected turf. Examination of infected plants reveals darkened rotted crowns. Pepper-like acervuli can often be seen on stems and crowns of infected plants.

The disease occurs primarily on annual bluegrass throughout most of the world. However it has been reported to be a widespread problem on creeping bentgrass in the eastern and southeastern United States. It is most noticeable on putting green-height mowed turf, and appears to be most severe on greens with compaction problems or poor internal drainage. The disease usually appears following excessive rainfall or irrigation events, and can occur throughout the growing season in both cool and warm temperatures.