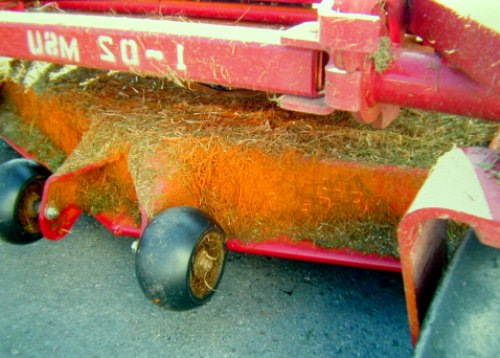 Rust diseases are characterized by yellow to dark brown urediospore infestations that, from a distance, make turf stands appear orange or yellow. These rust-colored urediospores protrude through the plants epidermis causing spots that elongate parallel to the leaf or stem axis. When rust is severe, areas of infected turf appear thin, weak and are have a red, brown, or yellow tint. Heavily infected plants may wither or die from excessive loss of moisture from rusted leaves.

Rust populations sporulate at a variety of temperatures, but generally optimal temperatures for epidemics are between 68° and 86° F (20-30° C). In warmer regions, the fungus can overwinter as mycelium or active spores in infected plants. Spores land on susceptible hosts in the spring, germinate, and infect plants. Initial sporulation is followed in many cases by successive rounds of sporulation, leading to exponential production of inoculum. Rust diseases are typically most severe in slow growing grasses that are under stress. Parameters optimal for infection include low light, high dew points, and moderate temperatures.