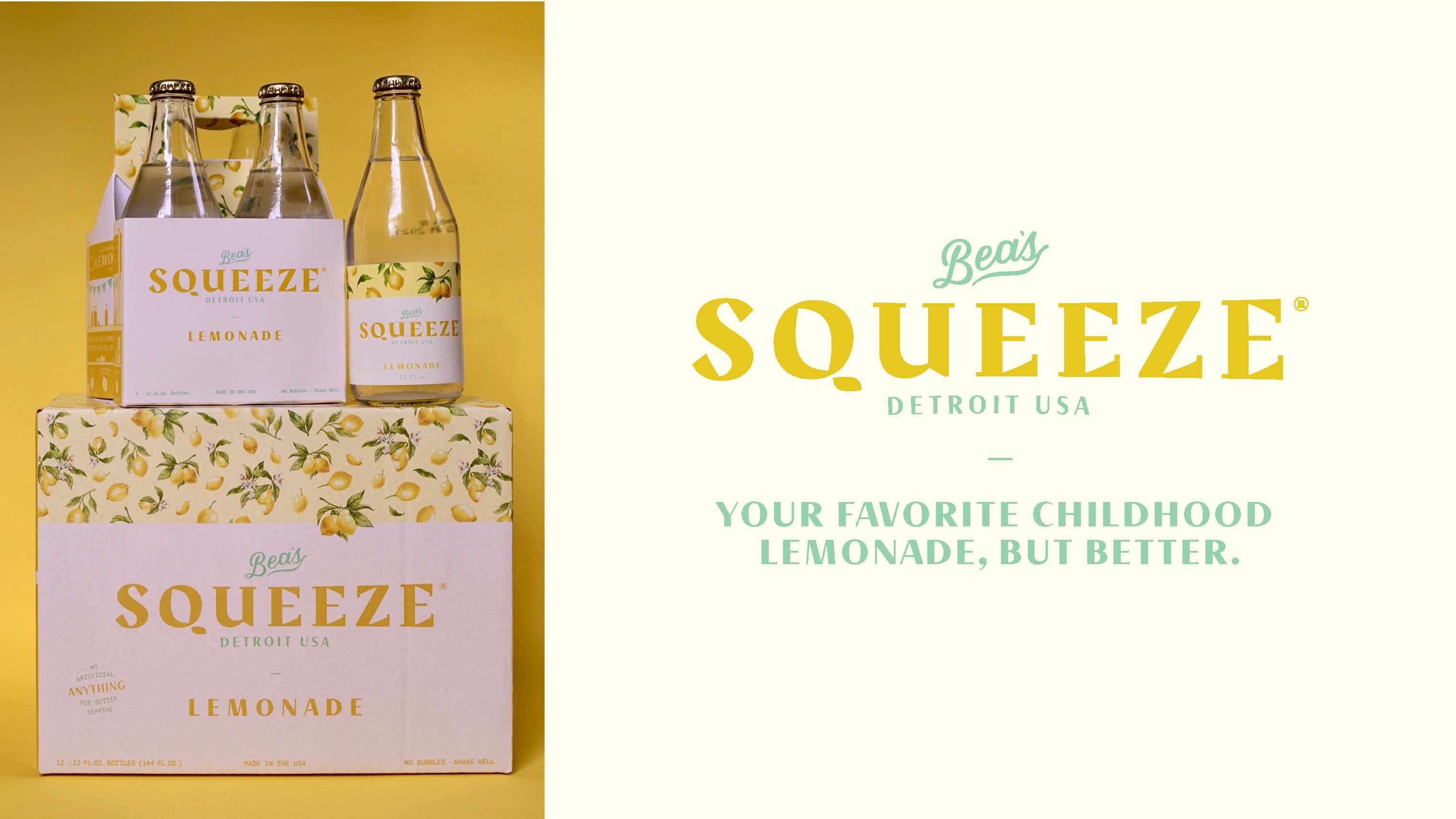 After discovering the smallest parcel of land for sale in Detroit, Bea Wolnerman had the great idea to create a fun summer-pop up for the community, featuring a beverage that people of all ages and backgrounds would enjoy: lemonade. What she didn’t realize is that this piece of land was positioned up a five-foot retaining wall, covered in weeds and deemed virtually unusable. Together with her husband, Eli, they took this lemon of a piece of land and made lemonade, literally, by designing a cute and innovative lemonade stand with a bucket and pulley system to overcome the height challenge. Within weeks of opening, the Bea’s Squeeze lemonade stand went viral, featured in both local and national publications. By the end of the summer, Bea’s Squeeze started to gain real traction when it was featured in the USA Today Wine and Food Festival, solidifying the decision to ramp up production and make Bea’s Squeeze into a true lemonade company. In less than two years, Bea’s Squeeze is in 15 states and growing, seeing a lot of success from both major grocery chains and food service avenues. We’ve partnered with a large manufacturing facility who has the capacity to produce in large quantities, allowing us to scale both quickly and effectively. We currently work with both local and national distributors and are excited to continue our growth. No matter how large we get, we’ll never forget our roots on the lemonade stand. We’re proudly headquartered in Detroit, working hard to give back to our community and inspire entrepreneurship in underprivileged children and teens. We currently donate both money and pallets of lemonade to local organizations like Forgotten Harvest, as well as working hands-on with local youth organizations as mentors and speakers for Detroit area at-risk individuals.

Bea’s Squeeze is currently available in individual 12oz bottles as well as four packs and twelve packs, all shelf stable with expiration dates up to a year. Each bottle is made from glass, an important factor in both inspiring the nostalgic feel as well as achieving a sustainable packaging solution. We’re a premium lemonade, with a suggested retail price of $2.99 per bottle. We currently offer two flavors: classic, pink rose, with more unique, botanical flavors ready for production within the next year. Lavender will be launching early summer! We’ve formulated Bea’s Squeeze without any artificial ingredients, colors, or preservatives and have taken the sugar down to one third that of a standard lemonade, achieving that fresh taste you know and love.

Bea's Squeeze is proud to use only glass bottles that can be recycled and reused.

We took your favorite childhood lemonade and made it better, and even made it better for you, too. We’re Bea’s Squeeze, a proud women-owned company started by Bea Wolnerman with nothing more than a lemonade stand in Downtown Detroit. After a successful summer pop-up turned into a full-time business, Bea’s Squeeze has made a splash in the better-for-you beverage category, bottling a nostalgic drink with no artificial anything and one third less sugar. Thanks to our unique pasteurization process, we’ve found a way to preserve the taste without sacrificing any of the fresh flavor you crave from lemonade, achieving the perfect balance of sour and sweet. Our modern botanical twists set our drink apart from the rest, creating a specialty flavor profile with even more floral and herb inspired varieties on the way. Bea is a master at marketing: in less than two years, Bea’s Squeeze has become a cult favorite, with 16k Instagram followers and countless successful marketing installations, starting with the iconic stand on the popular Detroit pedestrian path, the Dequindre Cut, to the upcoming road trip of the Beasmobile, a brightly renovated 1967 Ford van.

Making It In Michigan

Product Center Making It In Michigan