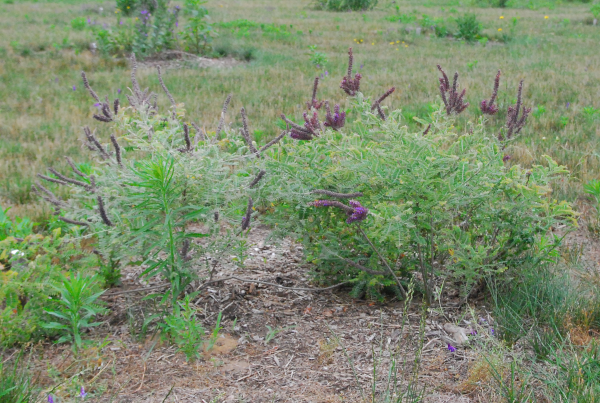 Plant has small leaves and its flowers are small purple spikes that began to bloom in their third season of growth. Plants bloomed from late July through early August. This species was the least attractive to natural enemies in the mid season, with fewer natural enemies than in the grass control.

Plants are difficult to establish from seed, but may be grown from plug material (flowers in third year).