Despite mild weather so far in 2013, some trees and shrubs still show effects from last summer.

As we noted in an earlier Michigan State University Extension article, “Update on winter injury to landscape trees for 2012-13,” late winter and spring weather in Lower Michigan have been relatively mild this year and have not been a cause of unusual concern for landscape trees and shrubs. Even with these mild conditions, however, we are seeing some landscape plants struggle this spring. Some of the symptoms that are evident are late leaf-out, sparse tree canopies or shoot dieback (Photos 1-2). 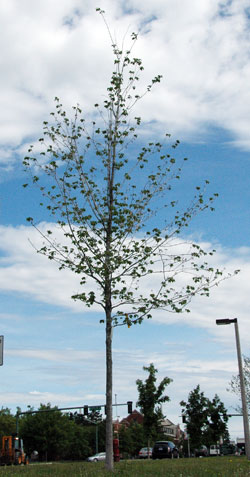 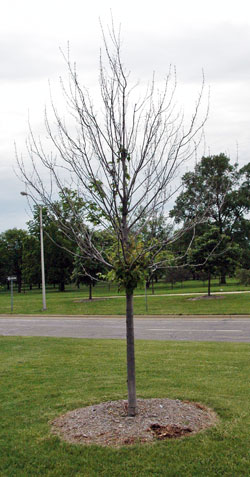 Photos 1 and 2. Left, Red maple showing sparse crown. Right, This red
maple dropped most of its leaves during the July 2012 heat wave. It
subsequently re-flushed, but most of the buds formed in the fall were
killed over the winter.

While there may be specific issues depending on site, most of these symptoms are likely the lingering effects of the extreme heat and drought that most locations experienced last summer, especially in the southern half of the Lower Peninsula. Additional signs of last year’s stress include copious amounts of maple samaras, also known as “helicopters” or “whirligigs,” and large amounts of cones on conifers, both of which are reflective of tree stresses in the previous year.

For homeowners and landscapers dealing with trees and shrubs that are struggling this spring, the main strategy is to avoid additional stresses to the plant this summer. For the most part this means “wait and see.” So far, conditions have been cool and mild, but if we get into a prolonged warm, dry spell, water trees and shrubs at least once a week. As always, recently planted trees are most at risk and warrant particular attention (Photo 3). 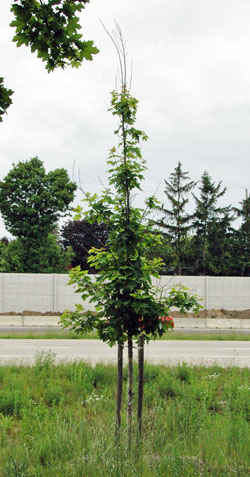 Photo 3. This maple was part of a group of trees planted along U.S.-127 during the summer heat wave. Most of these trees will likely survive, but will need pruning to remove dead shoots and improve form.

For trees that are slow to redevelop a canopy this summer, a low rate of fertilizer may be warranted. For more information on landscape fertilization, download our MSU Extension fact sheet “A homeowner’s guide to nutrition and fertilization of landscape trees and shrubs.” For trees or shrubs that have leafed out, but show significant crown dieback, dead shoots may be pruned out anytime and pruning will improve appearance.