Warm, dry weather in 2012 sets the stage for heavy coning for Christmas tree growers in 2013.

Heavy cone production remains a major concern for Christmas tree producers that grow Fraser fir in Michigan. While the cones look fairly innocuous when they first begin to develop (Photo 1), growers need to remove them to maintain the marketability of their trees (Photo 2). This requires a lot of hand labor and can be quite costly. Predicting which years are likely to produce a bumper crop of cones is difficult, but our research coning clearly indicates that water stress plays a role. 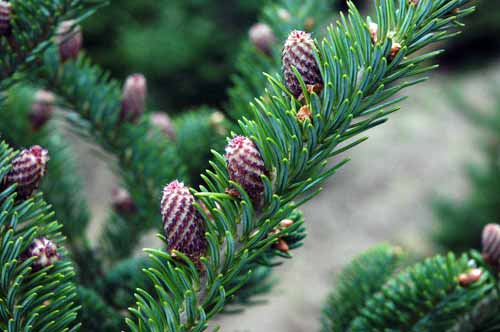 Photo 1. Cones that are visible this spring result from buds formed the previous summer. 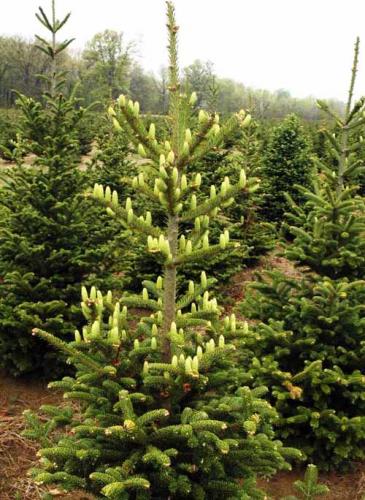 Photo 2. Newly formed cones must be picked off of trees to maintain marketable trees.

Fir cone buds are actually formed the year before the cones develop. So, cones that we are beginning to see on trees this May were formed last year (2012). Each year, buds are formed along newly expanding shoots. As growth begins to slow in June and early July, the newly formed buds begin to differentiate; some become vegetative, others become cone buds. Stress, due to high temperatures or drought, tends to promote cone buds over vegetative buds.

The weather pattern we saw over much of the state last summer suggests we could be in for a major crop of cones this year. For example, at the Entrican Enviro-weather station at the Montcalm Research Center near Lakeview, Mich., daily high temperatures were very warm in June and July 2012, averaging over 88 degrees Fahrenheit for the two months, including numerous highs in the 90s. At the same time, rainfall was relatively scarce.

If we compare rainfall for the early summer with potential water loss from soil and vegetation (reference potential evapotranspiration or PET), we see that we experienced a rainfall deficit (PET in excess of rainfall) of over 10 inches for the period (Table 1).

Table 1. Rainfall lagged behind reference potential evapotranspiration (PET) at the MSU Enviro-weather station in Montcalm, Mich., and elsewhere around the state in 2012 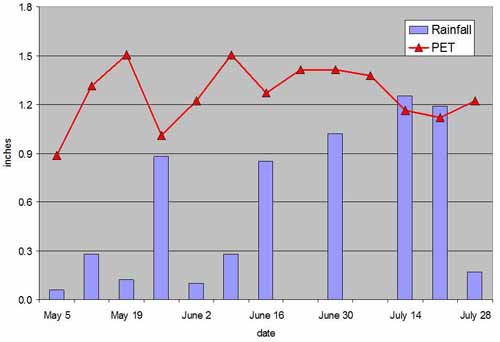 Since much of this period corresponds to the time when cones are formed, Michigan State University Extension expects a heavy cone year, especially in the lower half of the state that experienced the worst of last year’s summer drought.