Michigan State University Extension conducts multi-location field trials every year to evaluate new potato varieties. The Upper Peninsula location for trials was at Cornell, Michigan, at TJJ Farms, operated by Tony and Joe VanDamme. This year, 36 different varieties of red, russet and yellow tuber types were planted and compared to industry standard varieties. In the field trial, every variety was sized according to the tuber type, evaluated for yield and quality and were rated for vine vigor and maturity.

The potato trial was planted June 2, 2017, vine killed Sept. 9 and harvested Oct. 5. The region had a slightly cooler season compared to previous years with a growing degree-day (GDD) accumulation of 2,359 base 40 (planting to vine kill). Regional rainfall was much greater than normal, reaching 28 inches of water during the growing season, an increase of 6 inches compared to the last five years.

The wet spring caused some drowned out areas in fields, killing off the potato plants (Photo 2). A spike in temperature in late September-to early October did cause a slowdown in harvest. Despite the challenging season, potato farmers still had a successful year. 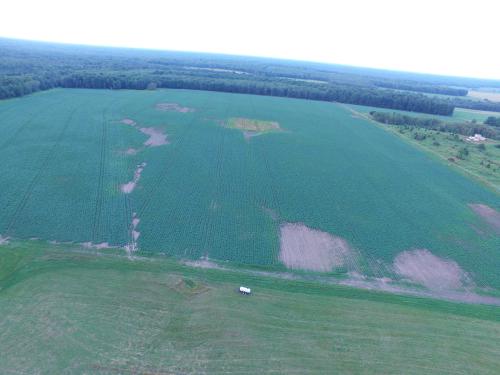 Photo 2. A wet spring caused some parts of the field to flood, killing the potato plants.

The top yellow varieties were Wega and Soraya yielding 471 and 458 cwt/a US#1, respectively. Specific gravities on these varieties were in an acceptable range for table use. It should be noted that Soraya also performed well in the 2016 trial.

Variety trials are used as a stepping-stone for farmers by informing them about variety performance in their local area. They can then use this information in their decision-making process when choosing varieties for larger scale production. By pinpointing successful varieties within a growing region, we are able to move towards commercial production while maintaining quality and yield. Some of the top varieties noted here will go on to a larger scale planting next growing season.

For further questions and inquires, email me at atkinmon@anr.msu.edu.