The quantity and quality of the corn stalks remaining following harvest operations has increased in recent years. This situation has led to damaged tires, decreased planter and drill performance and delayed soil drying and warming in the spring. Tillage is one of the options for managing corn residue prior to planting soybeans. This article summarizes the results from eight Michigan on-farm research trials evaluating tillage effects on soybean yields.

The Case Turbo Disk 330 was compared to no-till in three trials in central Michigan in 2010 and in two trials in 2011. At all locations, the treatments were replicated four times and tillage implements were run in the spring just prior to planting. Both the no-till and the vertical tillage treatments were planted with equipment designed to handle no-till conditions.

Five tillage treatments (an in-line ripper, a disk ripper, strip tillage, vertical tillage and no-till) were compared at the Center for Excellence in Lenawee County in 2011. Figure 1 clearly shows that there were no significant differences in the yields for the tillage treatments in 2011 at this location.

Figure 1. Tillage implement effects on soybean yields at the Center for Excellence in 2011 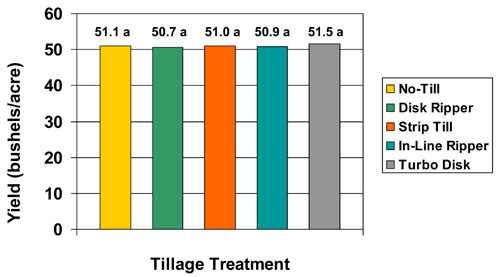 The Salford RTS vertical tillage implement was compared to no-till at two locations in 2010. The Salfort RTS was run in the spring prior to planting and all treatments were planted with no-till planters or drills. When both trials were combined and analyzed, tillage did not significantly affect soybean yields (Figure 2). 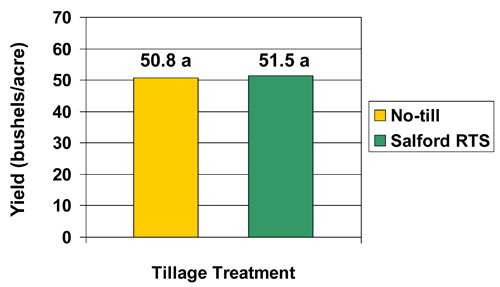 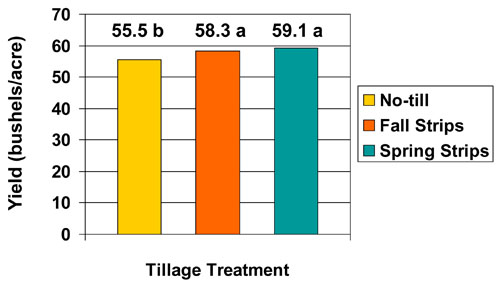 Figure 4. Strip tillage effects on soil temperatures on May 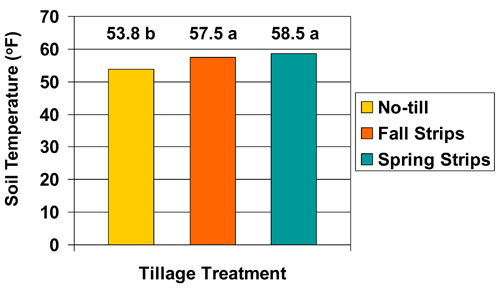 A single pass of a tandem disk was compared to no-till at one location in Hillsdale County in 2011. The tandem disk was operated in the spring just prior to planting and both treatments were planted with a no-till drill. The soybean yields in the tandem disk treatment averaged 3.4 bushels per acre higher than those in the no-till treatment. However, due to the variability in the field, the yield difference between the two treatments could not be attributed to tillage with a high degree of confidence.

Historically, the effects of tillage on soybean yields have been relatively small and may not offset the additional fuel, labor and depreciation costs. Tillage operations will reduce residue cover exposing soils to wind and water erosion. So producers that farm highly erodible land should check with their local Natural Resources Conservation Service office to make sure that the tillage operations they want to perform comply with their conservation plan.