Protecting plants before heavy snowfall is the best way to reduce branch bending and breakage.

So far, the winter of 2011-2012 has been remarkably unremarkable. Temperatures have been mild and snowfall across Michigan has been low to non-existent. The exception, of course, was the late November snowstorm that dumped up to 10 inches of snow across a band that was centered between Lansing and Jackson, Mich. (Photo 1). This snow event was also noteworthy because, in many locations, it began as rain and then changed to wet, heavy snow. As a result, we received a lot of calls and e-mails about trees with broken or bent limbs. 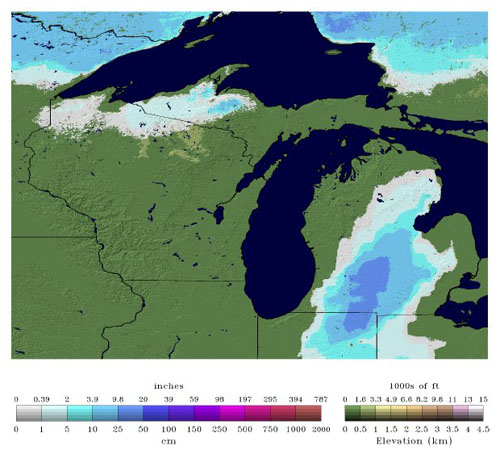 One of the most common forms of tree damage we see from heavy snow is bending and breakage on columnar arborvitae (Photos 2 and 3). Columnar arborvitaes such as ‘Green giant,’ ‘Emerald green’ and ‘Degroot’s spire’ have become increasingly popular for use as screens and living fences – and they are excellent for these purposes. However, they don’t stand up well to heavy snow or ice loads. The best approach for dealing with this issue is to wrap trees at the beginning of winter to keep branches at the top of the tree together and upright. Some people use burlap, which also provides protection from hungry deer, but landscape wrap, heavy cloth strapping tape or even bungee cords will work. The crucial thing is to remove the wrap once spring rolls around and the threat of snow is over. 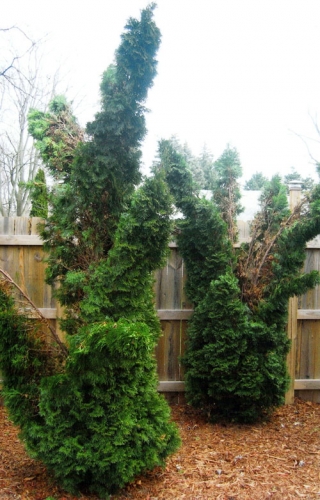 Photo 2. Bending and breakage on columnar arborvitaes,
common forms of damage due to heavy snowfall.

Of course, the other issue is what to do with arborvitaes once they’ve been damaged. This is typically a case-by-case call and requires some experience and judgment. Branches that are broken certainly need to be properly pruned. For branches that are simply bent, it may be possible to train them back into position. Branches tied or trained back into position will continue to produce new wood and may return to form. It is essential that ties or straps used for training are left on the tree for no more than two seasons. Training materials that are forgotten and left in place will eventually girdle branches and kill them. Lastly, if a homeowner cannot safely do the work from the ground or a small stepladder, it’s time to contact a professional arborist.