Research in the MSU vegetable entomology lab focuses on integrated pest management (IPM) of the asparagus miner (Ophiomyia simplex (Loew), Diptera: Agromyzidae; Figure 1). This insect is a putative vector for pathogenic species of Fusarium fungus, which is the causative agent for “early decline syndrome” in asparagus fields. Fusarium can shave five to eight years off the life span of an asparagus field, making it economically unsustainable to continue production.

We have been monitoring the abundance of asparagus miners throughout the summer, by counting the adult flies weekly on yellow sticky cards placed at five commercial asparagus fields in the Hart area. We started monitoring in late June, and are still checking traps as of this week.

We are currently in the process of identifying naturally occurring arthropod parasitoid species of the miner, as well as examining their abundance. So far, parasitoids have been identified from the Pteromalidae (most abundant parasitoids of miner), Eulophidae and Braconidae families (Figure 3). Forty percent of the miner pupae collected from the five commercial fields was infected with parasitoids. In the future, we will investigate ways in which their efficiency and absolute abundance can be increased in order to better control asparagus miner populations. Projects are currently under way to explore the chemical ecology of the asparagus miner/asparagus system. Specifically, we are interested in host plant finding by the asparagus miner, and parasitoid detection of the asparagus miner. To address these topics and related ones, we utilize gas chromatography coupled with mass spectrometry in hopes of elucidating the bioactive compounds involved in attraction. Once identified, these compounds can be used in management by incorporating them into sprays, baits, traps and other devices. 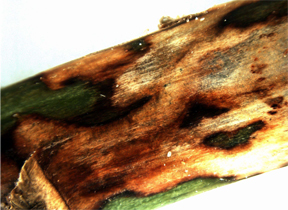 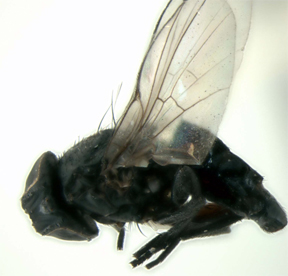 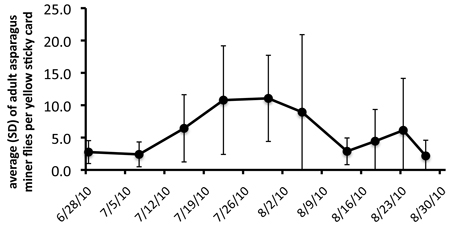 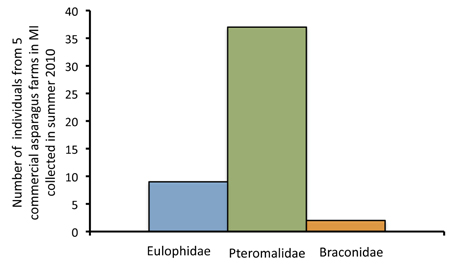