The Arts and Eats Tour draws over 1,000 visitors annually to artist studios, farms, and restaurants that source and serve local foods. Michigan State University Extension has been a long-standing planning partner and sponsor of this October tour of Allegan, Barry, and Kalamazoo Counties’ rural backroads.

To spice things up for its fifth year, Arts and Eats introduced the “Best Eats” competition for participating restaurants. Each dish entered into the competition had to prominently feature one or more locally-grown ingredients. Restaurants were encouraged to also incorporate other local products including locally-baked breads, jams, pickles, and more. Four restaurants stepped up to the challenge with mouthwatering entries in three categories: 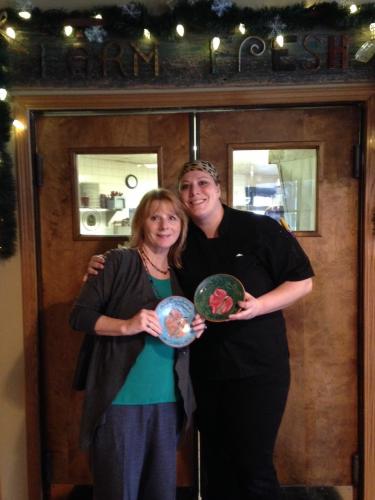 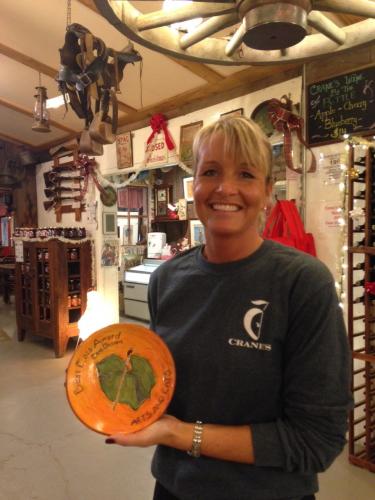 The winners were chosen by public voting on the Arts and Eats website. Canal Street Café in Augusta, MI won in two categories: Best Appetizer and Best Entrée, while Crane’s Pie Pantry took home the prize for Best Dessert. In December, the winners were presented with handmade plate trophies by Arts and Eats artist Christyl Burnett of Red Clay Pottery.

The Arts and Eats tour takes place each year during the third weekend of October. For more information about Arts and Eats and other local food programming, connect with your local community food systems educator by visiting www.msue.anr.msu.edu or calling 1-888-678-3464. Michigan State University’s Community Food Systems Work Team supports the development of local food systems in Michigan.