A research study shows that consumers will pay more for the same item when buying it with a credit card as opposed to cash. 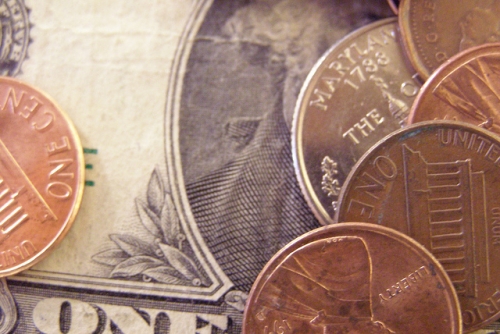 In 2001, Duncan Simester and Drazen Prelec, business professors at Massachusetts Institute of Technology, conducted a study, the purpose of which was to determine if participants would be willing to pay more for an item simply because they were paying for it with a credit card instead of cash.

As part of their study, the two professors set up an auction in which participants could bid on a set of tickets to a Boston Celtic basketball game. Unbeknownst to the participants, half of them were instructed that should their bid be the highest, they would be required to pay for the tickets with cash. The other half was told that payment was to be made by credit card.

What Simester and Prelec found was that the participants who were told that they could pay with a credit card submitted significantly higher bids. In fact, the average bid on a credit card was nearly twice as high as the average cash bid. In other words, when auction participants were allowed to use a credit card, they were willing to spend a lot more money to see a basketball game. It’s no wonder that Simester and Prelec entitled their paper, “Always Leave Home without It.”

While Simester and Prelec’s study did not look at the reasons for what they and other researchers in this area have called a “credit card premium,” it seems likely that what lies behind a consumer’s potential willingness to pay more for an item when paying with a credit card, is the fact that there is no immediate pain associated with a credit card purchase. The consumer merely swipes a card. It’s easy, it’s fast and it’s painless. The consumer forfeits nothing at the time while enjoying the pleasure of the purchase. In fact, it may even feel to the consumer as though they’re getting something for free.

The lesson is clear. Consumers need to be extremely careful when using credit cards lest they over spend. Indeed, many consumers, when considering how best to use their credit card(s), should seriously consider Simester and Prelec’s advice, “Always leave home without it,” not to mention staying away from TV’s home-shopping networks as well!

Tips to Build and Protect Your Credit - September 14 MCC