Tips in controlling and managing boxelder bugs, a harmless yet bothersome pest found around the home and landscape.

Several people have called Michigan State University’s Diagnostic Services complaining about boxelder bugs. Sadly, there is not much they can do about them this time of year. Boxelder bugs, Boisea trivittatus (Hemiptera: Rhopalidae), invade our homes and other structures in the fall of the year looking for dry, protected sites in which to spend the winter. As the weather warms in the spring (hopefully soon), boxelder bugs become active and if they spent the winter in your walls or attic, they will likely find their way into the living space of your home. Most people I talk to tend not to enjoy their presence. When spring does finally arrive in Michigan, boxelder bugs will continue their quest to get back outside to produce yet another generation of boxelder bugs. 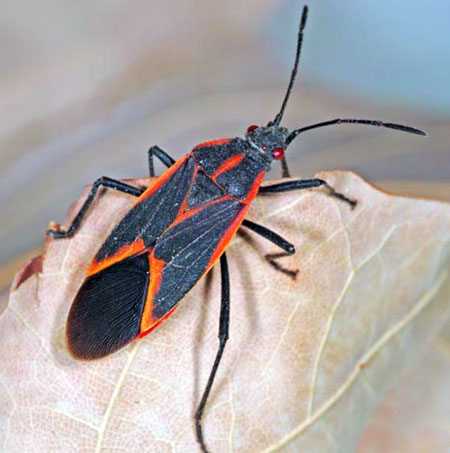 Adult boxelder bugs are pretty easy to identify: they are flattened, blackish insects about 0.5 inches long with bright red to orange markings. Adults that survive the winter become active in March as the weather warms and attempt to leave their overwintering sites. In late April, females begin to lay eggs in bark crevices, stones, leaves and other objects near boxelder trees. In about two weeks, the eggs hatch into bright red nymphs. These feed on the developing leaves, flowers and seeds of the female boxelder trees. The nymphs complete their development in July and the resulting new adults lay the eggs of the second generation.

Second generation nymphs can be quite nomadic and can be seen crawling en mass in yards in July and August. As weather cools in fall, adults of the second generation begin congregating on sun-warmed, vertical surfaces, which commonly include the outside walls of our homes. 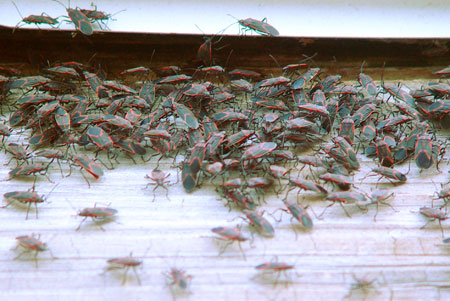 Boxelder bugs are harmless. They do not bite; they do not eat fabrics, stored foods, wood or pets; and they will not lay eggs in the house and multiply there. However, they may cause staining when they poop on curtains, window ledges and other areas while they hang out and enjoy our hospitality. 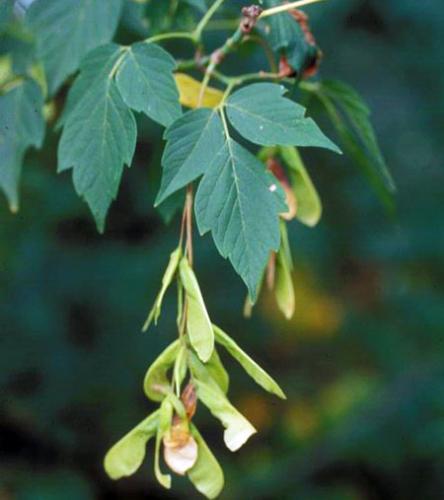 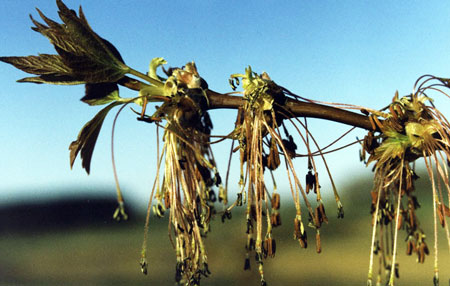 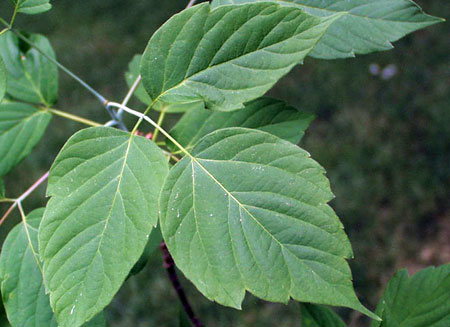 The exterior of your home should be inspected in the fall to determine probable boxelder bug entry points. In October, look for congregations of red marked insects in vertical surfaces that are warmed by the sun, principally on the south and west sides. They enter dwellings through cracks around windows and doors, soffits and vents. These areas can be caulked or otherwise sealed to cut down on the number of boxelder bugs finding their way into the home. Doors and windows should be tight fitting. Replacing weather-stripping around doors and windows will not only keep bugs out, but this will also help keep warmth in and the cold out during the heating season. Make-up air vents should be screened during the fall when the bugs are congregating. Piles of boards, rocks, leaves and other debris located close to the house should be removed to eliminate possible hiding places that attract boxelder bugs.

Large congregations of boxelder bugs found on outside walls in the fall can be sprayed with soapy water or residual insecticides that are labeled for this use to kill the bugs before they have a chance to enter. Insecticides can also be applied to cracks around windows, doors and other possible entry points to act as a barrier to help keep bugs out.

There is very little that can be done once the bugs are inside the walls. Boxelder bugs that are found inside during the winter and spring can be swept up and discarded outside or they can be vacuumed. Indoor aerosol insecticides can be used to first kill the bugs before they are swept up or vacuumed, but in most cases this is not necessary. Total release bug “bombs” are not recommended for this use. Use something that can be applied in short bursts directly on the bugs. Even aggressive and costly, professionally-applied insecticide treatments will not eliminate boxelder bug problems because it is nearly impossible to treat every hidden area that may be harboring them.