Boxelder trees are toxic to horses

The seeds of the boxelder tree (Acer negundo) containing the toxin hypoglycin A have been associated with Seasonal Pasture Myopathy in horses.

Seasonal Pasture Myopathy (SPM) is an equine muscle disease which can be fatal in 90 percent of cases. The fall season appears to be when horses are at the highest risk of being affected by SPM with fewer horses affected in the spring and summer. Seeds of the boxelder tree, a maple species (Acer negundo) containing the toxin hypoglycin A, have been associated with Seasonal Pasture Myopathy in horses. Ingestion of sufficient quantities of boxelder seeds containing this toxin blocks fat metabolism and breaks down respiratory and postural muscle cells.

It’s important to understand that horses do not naturally eat boxelder tree seeds. In fact, some horses may live in a pasture where boxelder trees exist without ever being affected by SPM. However, there are some important risk factors to consider when deciding what to do with pastures containing boxelder trees, especially in the fall. 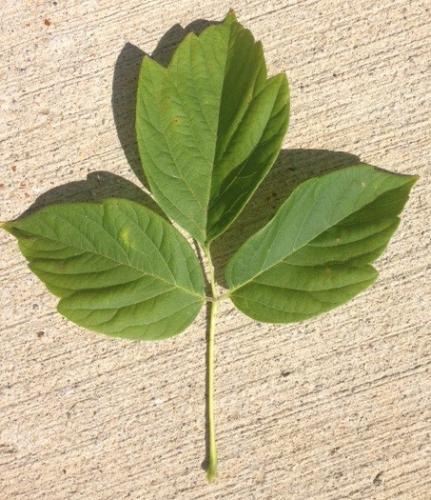 Michigan State University Extension recommends the following considerations to minimize the risk of your horse being affected by SPM:

SPM can be easily confused with colic or founder. Signs include reluctance to move, stiffness, difficulty walking or standing, reddish brown colored urine, rapid to difficulty breathing, increased periods of lying down with difficulty getting up.

If you suspect your horse may be affected by SPM, promptly contact your veterinarian. Blood tests that detect muscle damage and hypoglycin A toxin levels can help determine if your horse has SPM. If confirmed, aggressive medical treatment may be warranted.