Since 2009, Michigan State University has been suggesting nitrogen (N) rates based on a system called maximum return to nitrogen (MRTN). Corn yield response for Michigan and other corn-producing states in the Midwest show that the new hybrids are more efficient in utilizing the N for producing grain. One bushel of corn is being produced, on average, with 0.80 pounds N. 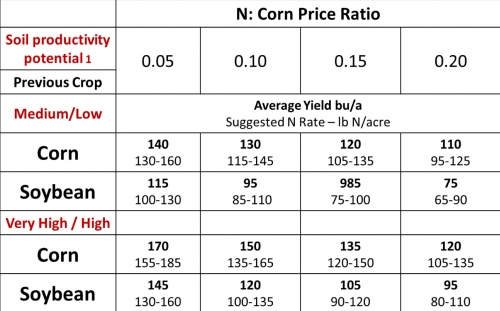 As producers approach year-end buying decisions, they can access some tools to assist them in their decisions associated with corn N rates. Iowa State University has incorporated Michigan data from the past several years into a model that provides the economic optimum N rate. This corn N rate calculator is found at Iowa State University Agronomy Extension’s Tools webpage.

Producers should project what the potential price might be for N and the corn price to utilize the correct N:corn price ratio. An example using 28 percent UAN prices at $350/ton is equal to 0.63/lbs. of N and the price for corn at $5.70 gives a N:corn price ratio of 0.11.

Don’t be caught short of N for your corn crop as shown in the photo below, but utilize the most economical rate to make your farm the most profit. 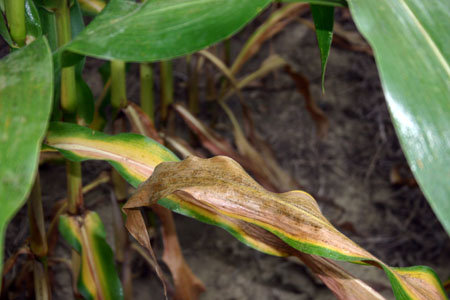