You’ll have to travel east to witness this remarkable flight of billions of noisy insects, the cicada.

Even though it is still some time before the peak of the grand emergence of 17-year cicadas due this year in the eastern United States, there is already quite a buzz in the media about this remarkable event. Officially known as periodical cicadas, there are seven species these large, tough and noisy insects in the United States. Three species have a 17-year cycle and four species have a 13-year cycle. There are 15 different “broods” of periodical cicadas in the country, with differing geographic ranges and cycling. The brood of adults that is emerging this year (2013) in many eastern seaboard states is Brood II. Brood X, the one that exists in several Midwestern states including southern Michigan, is not due for an emergence until 2021. 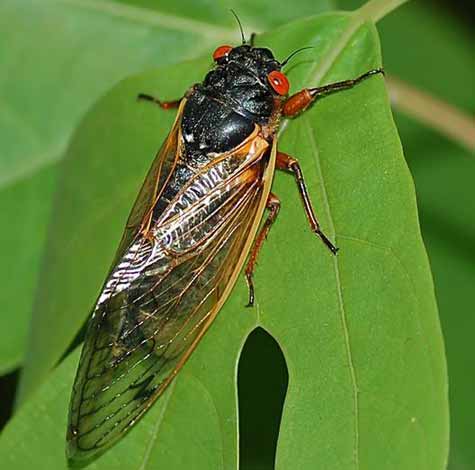 The life history of periodical cicadas is one of the most fascinating in the insect world. To start with, very few insects have long lives – most complete their lifecycles in one year or less, so a 17-year life span is remarkable. One would expect that the variability of environmental factors such as temperature, food availability or quality, etc., would allow some individuals to mature ahead of others while others might be delayed, but the coincidence of adult emergence in the proper cycle year by billions of individuals shows that there is an astounding synchrony and consistency to their developmental pace.

The adult cicadas feed on stems and branches of plants by sucking out sap, and even at high numbers this is not particularly injurious to plants. However, there is great harm done to trees in the process of laying eggs. According to Michigan State University Extension, females use their sharp ovipositor to insert eggs under the bark of branches, causing a die-back of the branch beyond the point of injury. This damage can be very widespread and destructive to trees in forests, landscapes and orchards. In a few weeks, tiny immature cicadas called nymphs hatch from the eggs and immediately move to the ground and burrow into the soil. The nymphs, depending on the species, will spend the next 13 or 17 years below ground feeding on sap from the roots of woody plants. 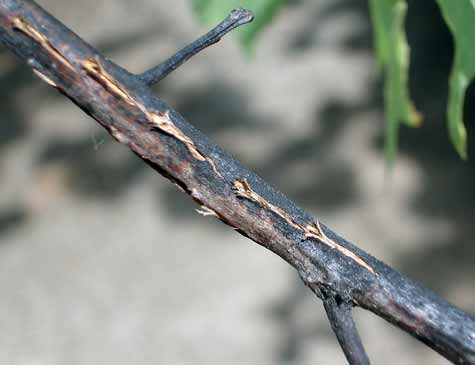 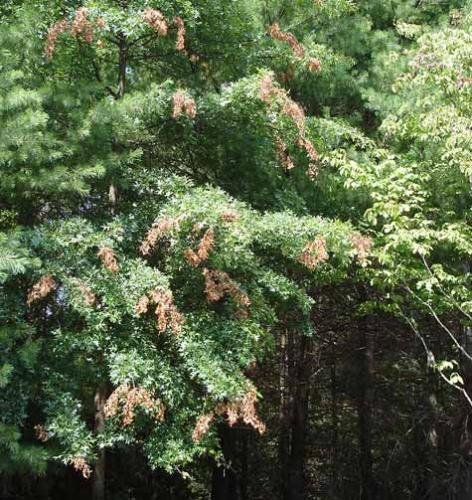 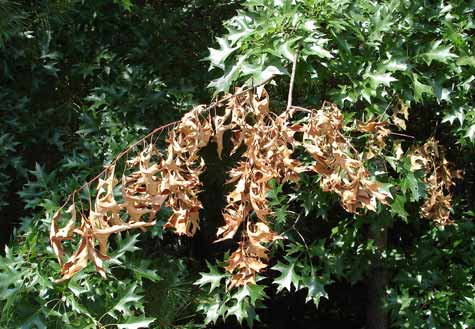 A periodical cicada emergence typically raises quite a stir due to the awesome abundance of adults, but there is one more factor that really lets everyone know they are in town – noise! Male cicadas produce a unique, high-pitched, high-volume buzzing song to attract their mates, and it can be quite annoying when thousands of them are within earshot. It can be so loud that it is difficult to carry on a conversation. I remember hearing cicadas in the background of phone calls from my brother in Maryland in 1996. We had a hard time communicating – my brother could barely hear me over the cicadas and I was paying more attention to the cicadas than to what my brother was saying!

For more information on periodical cicadas and their relatives: