No significant yield difference was observed across all late-season nitrogen rates. The greatest return to nitrogen and lowest nitrogen use efficiency was obtained with a single nitrogen application of 70 pounds applied pre-plant with anhydrous ammonia.

When it comes to corn production, nitrogen (N) is the most commonly applied nutrient and one of the most expensive inputs, averaging from 13 to 18 percent of the variable costs depending on the type of crop rotation. On the other hand, the nitrogen cost-to-benefit ratio usually exceeds that of other fertilizer inputs. Growers must use nitrogen efficiently to maximize its value and minimize nitrogen losses by applying the nutrient at the appropriate rate and timing to coincide with peak uptake by the crop. They must also ensure crop yield is not limited by insufficient nitrogen throughout the entire period of crop uptake.

To understand how much nitrogen should be applied in order to get the highest yield and return without overapplying, Michigan State University Extension in partnership with the Center for Excellence in Lenawee County and Ohio State University set up an experiment at the Raymond and Stutzman Farms. In a 100-acre field with similar soil type and fertility levels, 70 pounds of actual nitrogen was applied pre-plant with anhydrous ammonia. At the corn V9 stage, 28 percent UAN was applied with Y-drops at the rates shown in Table 1. 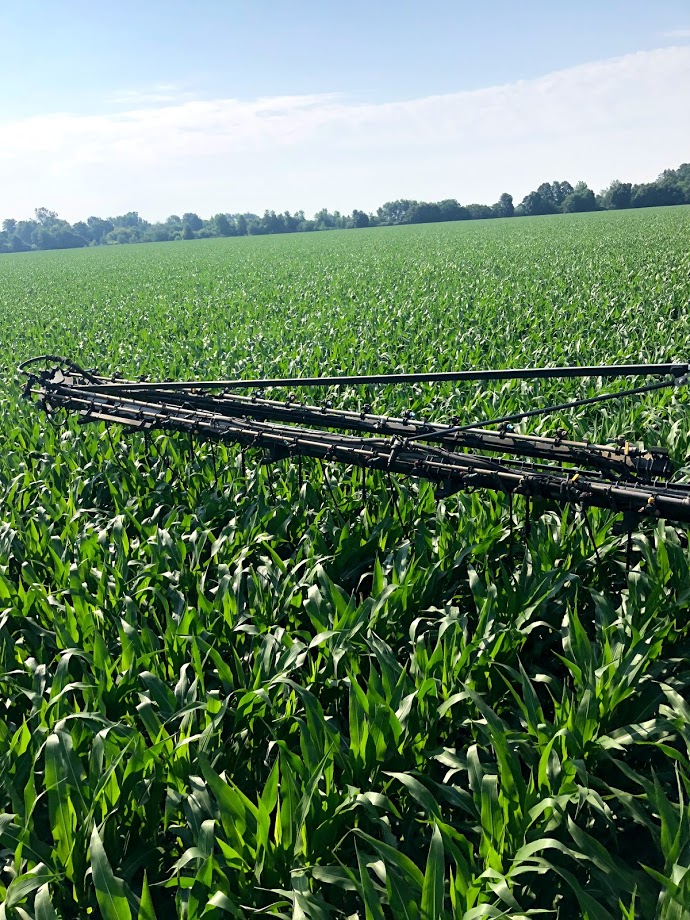 Late nitrogen application can be advantageous in situations where the majority of the nitrogen is applied in the fall or early in the spring or in areas with sandy soils, because of the greater chances for soil nitrogen losses. Before choosing between pre-plant or a late-season nitrogen application, make sure you know how much nitrogen you need to apply. You have a number of tools that can help you with that such as Pre-Sidedress Nitrate Test (PSNT) or soil testing for nitrogen recommendations.