There is considerable interest in increasing corn yields with modern hybrids at higher than normal planting densities and adequate nitrogen (N) rates. In 2013, two hybrids, DKC48-12 and DKC49-94, both having insect and herbicide-stacked technology and improved drought tolerance capabilities, were tested at two row spacings of 20 inches and 30 inches with three population densities of 30,000, 36,000 and 42,000 plants per acre. Two N rates of 120 pounds per acre and 240 pounds per acre were applied. The yield response of the two hybrids to row spacings and population rates was discussed in “Corn yield enhancement through planting densities and nitrogen management – Part 1.” In this article, the yield response to the third variable, the N rate, is discussed. Most of the N was applied as a sidedress injected using 28 percent liquid UAN on June 19, 2013. 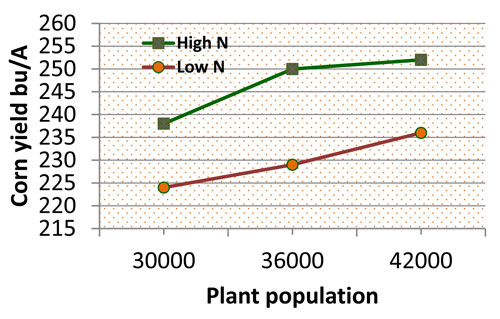 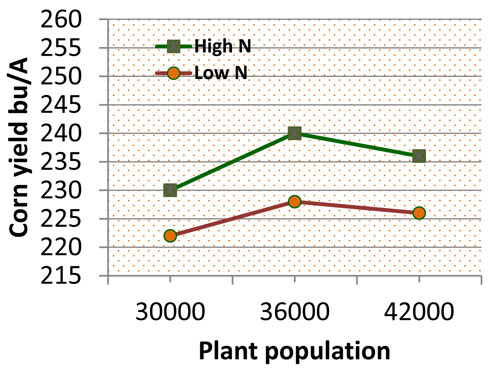 The 2013 growing season was dominated by excessive rainfall in April and June (Table 3) compared to an average year, delaying planting until May 20 and drowning out portions of the field in June. About one-third of June rainfall occurred after the June 19 N sidedress application. The wet and soggy conditions may have contributed to N losses due to denitrification and leaching.

Table 3. Monthly rainfall in inches for Mason, Mich., in 2013 compared to the five-year average. 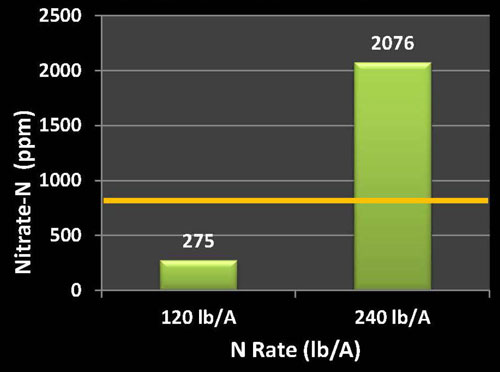 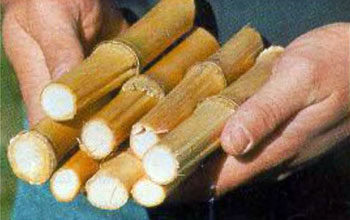 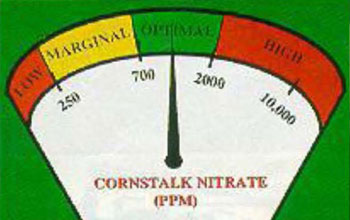 This project was funded by Project GREEEN. I wish to thank the Dekalb/Asgrow staff at the Mason Technology Center for their collaboration with Michigan State University Extension and providing seed, equipment, and labor for this study.