Cover crops can be seeded into standing corn successfully

MSU Extension research shows there are several cover crops that can be seeded into corn with an airplane successfully – now you have no excuse for not covering your fields!

In 2012, a project was funded through the Corn Marketing Program of Michigan to evaluate aerial seeding cover crops in corn. The study was conducted on fields in Clinton County. Four cover crops (cereal rye, annual ryegrass, annual ryegrass/crimson clover mix and oats/crimson clover mix) were aerial-seeded on-farm into two corn fields on four dates (July 18, Aug. 8, Aug. 18 and Sept. 13). Table 1 shows the cover crop treatments and the rate they were applied using an airplane.

Biomass samples were collected and pictures taken on Tuesday, May 7, 2013. The oilseed radish/oats treatment winter-killed and, therefore, no biomass was collected this spring. All of our other treatments resulted in good cover crop coverage this spring. Crimson clover plus annual ryegrass resulted in a very good stand of cover crops (Photo 1). Annual ryegrass alone had good coverage (Photo 2). The best treatment resulted when cereal rye was flown on corn (Photo 3). 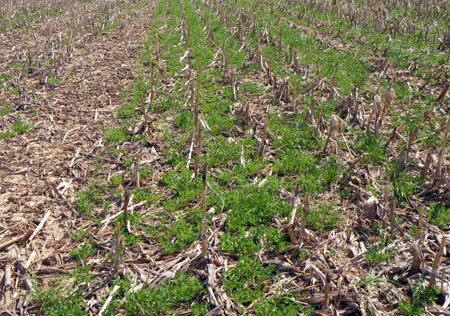 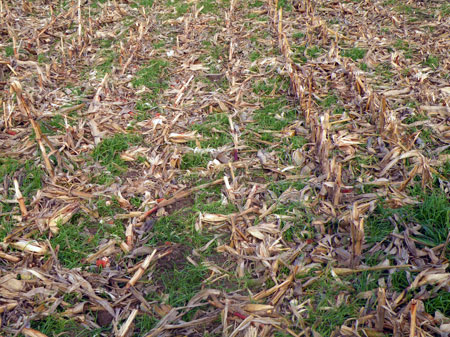 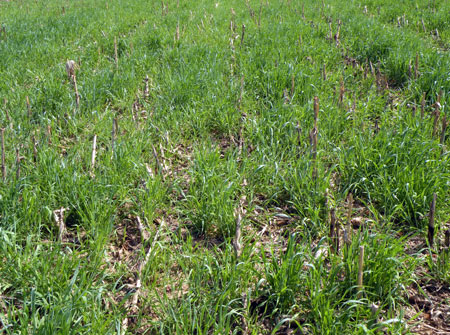 The research the cover crops team is doing can help farmers to seed cover crops into their corn. Obviously, weather plays an important role in establishing cover crops when seeded into corn. Michigan State University Extension wants to thank the farmer cooperators and the Corn Marketing Program of Michigan for helping us to conduct these projects.