Do children really need all that stuff?

Children don’t need all that “stuff” to be happy. 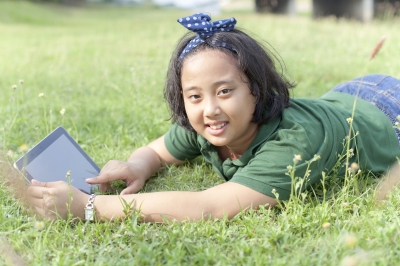 the latest greatest action figure, dolls that talk and walk and cell phones all compete for our children’s attention, but many parents limit the exposure to these things for a variety of reasons. Chief among those reasons is the desire to have socially and emotionally healthy children. Even within the backdrop of a materialistic society, some parents have figured out that it’s not the “stuff” that makes kids happy and whole, but more about spending time with friends making memories; learning how to get along and share; and having a sense of connectedness to the community and the world around them.

So, does the key to happiness for children really rest with playing with friends at simple activities and not the obsession with the latest trendy electronic toy? Michigan State University Extension has found that research seems to indicate that it does. Studies throughout the United States and Europe have looked at measures of children’s social and emotional wellbeing and have drawn the same conclusion – the things that really make children happy are not “things” at all. They’re really life conditions, such as having enough nurturing and love; a strong sense of attachment to a parent or other primary caregiver; confidence and optimism about the future; physical health; a sense of belonging to something larger than oneself; and of course, basic needs such as food and shelter.

There is a correlation between having money to acquire “things” and happiness, but only to the extent that it influences the conditions of happiness listed above, as said from UC Berkeley. For example, kids with health insurance tend to be more physically healthy then poor children without insurance, who can’t keep up with immunizations. Or an affluent family might be able to belong to an athletic club where children have friends and other families who they know and who know them – attributing to that sense of being a part of something greater than yourself.

Children in the United States are an interesting case in point. According to scholars at the Greater Good Science Center at UC Berkley, over the past 35 years the GDP in the United States has risen and when this happens, happiness usually rises. However, despite a rise in the GDP, the reported average happiness level has not gone up. The center states that one of the reasons children in the United States are not as happy as children in other countries is because of the financial pressure faced by parents and less institutional and work place support for working parents. Specifically, pressure to have money to purchase “things” for their children – designer clothing, expensive video games, etc. In addition to that, many parents provide these things to compensate for the time they are not able to spend with them because of heavy workloads, inflexible jobs and other demands for their time. It’s a vicious cycle for sure. With less maternity leave, workplace flexibility and family friendly policies than most other developed nations, the United States is a harder place for families.

Regardless of a child’s socioeconomic status, there are steps that parents can take to contribute to their child’s social and emotional wellbeing. Parents should spend as much time as they can providing love and nurture to their children. They can also make sure their children have friendships and time to develop connections with others. Finally, parents must assure that their child’s basic needs of food, shelter and clothing are met and if not, seek support for those things. As long as parents focus on what’s truly important, children have a good shot at growing up happy, healthy and whole.

Managing stress and anxiety during the novel coronavirus pandemic

Suggestions for talking with children about tragedies and violence