What is double dipping you ask? For those who have 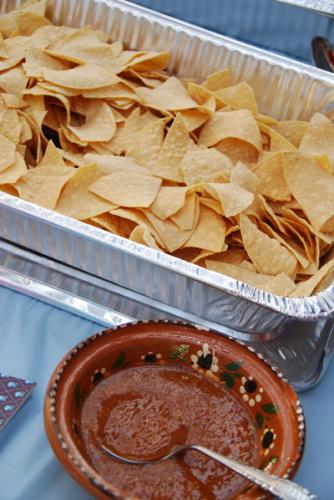 It appears as though at least a couple researchers were interested in finding out the results. A study done by the Department of Food Science and Human Nutrition at Clemson University took on the challenge of proving the Seinfeld episode right or wrong. The Clemson study found that double dipping three to six times would transfer about 10,000 bacteria from the eater’s mouth to the remaining dip. This translates to about 50-100 bacteria from one mouth to another, in every bite. The study did not examine what species of bacteria were transferred, and did not study virus transfer.

A popular TV program called Mythbusters also tried their hand at re-enacting the episode. In their study, they used petri dishes instead of actual dips, and found that each double dip transferred five to 10 bacteria to the petri dish. Although in the end they determined that double dipping was not a reliable way to transfer bacteria, in the case of some viruses and bacteria, it only takes 10 cells to infect a human.

Both studies prove that bacteria are indeed transferred through double dipping. Michigan State University Extension recommends following these tips to keep double dippers at bay at your next party.

Preserving MI Harvest-Jammin in the Winter