Downy mildew has been confirmed near Michigan for 2016.

UPDATE: On July 6, 2016, downy mildew was confirmed on cucumbers in Ohio.

On July 5, 2016, downy mildew was identified on field cucumbers in Kent County, Ontario. Kent County is close to Michigan and it’s reasonable to assume that the disease will develop in our state soon. The sporangial counts in our traps have been low, but they have been detected over the last couple of weeks. The recent high temperatures have been wreaking havoc with the spore trap reels, causing the sticky coating used to "trap" the spores to melt. However, now that downy mildew is present in the Great Lakes region, growers should immediately move to a more intensive scouting plan and a general protectant spray program.

These particular fungicides may not be adequate when downy mildew pressure is high based on our data from the last two years, but could be helpful at this point when disease pressure is most likely to be low. Although Presidio has not fared well in recent Michigan State University Extension trials due to pathogen resistance, some growers on the east side of the state have reported efficacy, but Presidio should be mixed with a protectant fungicide (either Mancozeb or Bravo Weather Stik) if used. High downy mildew pressure is likely to develop later as the growing season continues. Once downy mildew is reported in the state and becomes more widespread, especially if the overall weather pattern becomes wetter with more frequent rainfall, the pathogen level will begin to build and additional fungicides should be used and include the following: 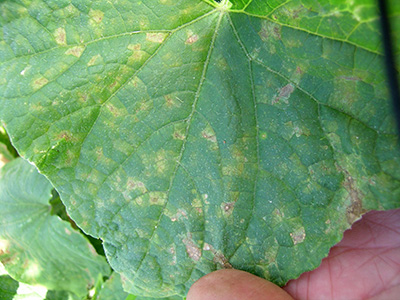 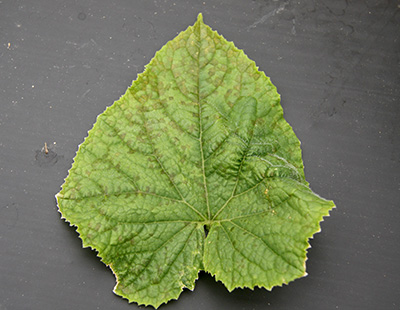