Higher income per acre is achievable when soybeans are planted in favorable soil conditions.

Research recently completed by Michigan State University Extension has shown a significant difference between soybeans planted near May 10 in Tuscola County compared to planting dates approximately two and four weeks later in the spring. The three-year study was funded by the Michigan Soybean Promotion Committee to determine the effect of planting date and how it affects yield. The trial was planted in the same field using a full-season variety (Hyland HS 26RYS16) planted in 20-inch rows.

Yields averaged approximately 1/3 bushel per acre less for every day planting was delayed. Considering the average price of soybeans at harvest for the past three years was $12.66 per bushel, the amount of loss was $4.18 per acre per day for every day planting was delayed. For a 12-day delay, the gross income lost was $50.21 per acre. A 27-day delay resulted in a loss of $124.06 per acre. 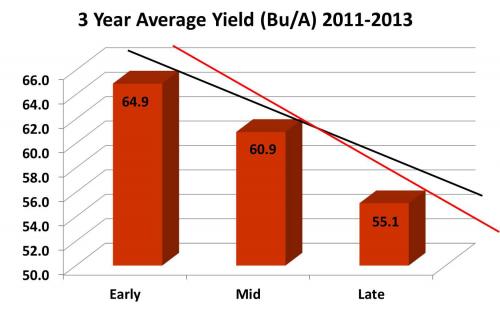 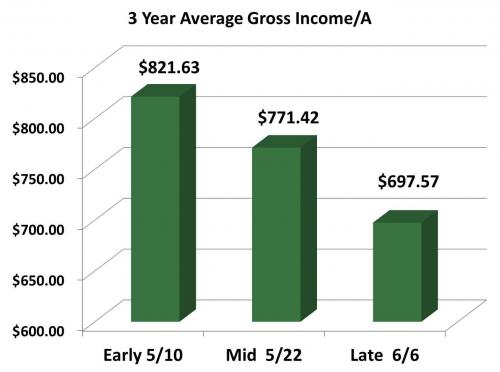 Soil conditions at and following planting will have significant implications for stand establishment. If conditions are too wet or there is a large rain event following planting, growers can expect to see reduced emergence and plant stands. While the data shows there are advantages in yield and gross income for early planted soybeans, there are also other advantages such as earlier flowering, earlier maturity and possible harvest and less lodging (Photo 1). 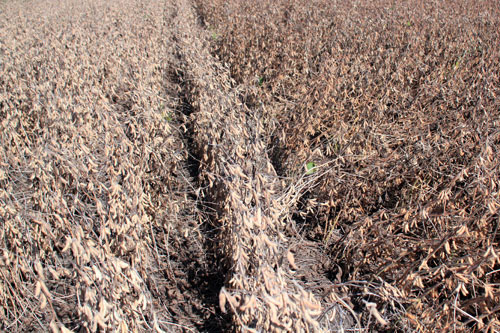 In addition to the advantages, there are also risks associated with earlier planting dates that include soil crusting, increased potential for seedling diseases, bean leaf beetles, sudden death syndrome and frost damage. Each grower should decide whether the advantages outweigh the risks for their farming system when they are considering earlier planted soybeans.  However, if growers are delaying planting because of concerns over frost and cool soil conditions, the benefits may outweigh the risks. As an example, if growers were able to plant earlier in nine out of 10 years and had a frost where they were able to replant, the yield and income advantage would be higher than if they waited to plant.