Crop conditions are variable throughout the east central region. Many areas are now seriously suffering from the dry weather.

According to Michigan State University Extension via the Ithaca Enviro-weather station, rainfall has been limited to only 0.6 of an inch from July 16 through Aug. 21. Other areas have fared better. The Pigeon Enviro-weather station has recorded 3.79 inches of rain during the same period. Late planting and a cool, early August is also a concern. A warm September and a delayed killing frost until well into October is needed to get crops mature.

Corn in the drier areas is really starting to show signs of stress. Some plants are fried one-third to half way up the stalk. Late planted corn has a long way to go to mature. A rain is needed soon to insure good corn yields even in the better areas. 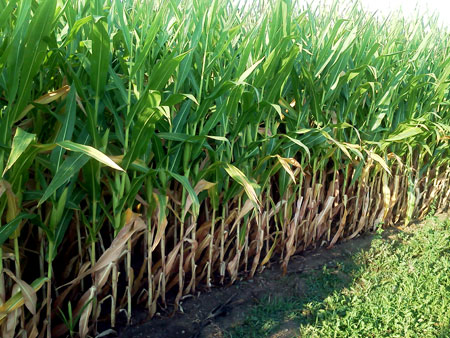 Soybeans are filling pods. Although soybeans look good from the road, the dry weather and aphids have hurt yield potential. There is a concern that seed size and seeds per pod will be reduced. In some cases, pods may have been aborted.

Alfalfa third cutting is nearly all complete. Regrowth for a fourth cutting needs a good rain. 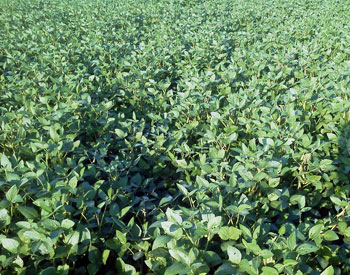 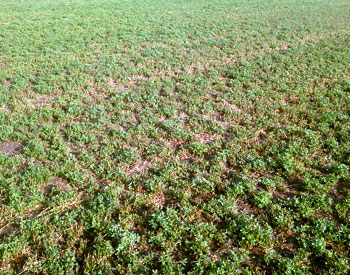