Eco-labeling: Which terms really are effective in marketing ornamental plants?

Consumers are most interested in locally produced plants and biodegradable or compostable pots. 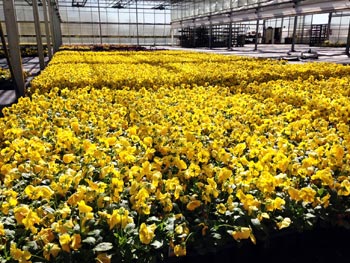 Sustainable. Eco-friendly. Local. Organic. Native. Non-invasive. There is a lot of eco-friendly terminology used to help in marketing ornamental plants. While all of these terms are frequently used, which ones are most effective in adding perceived value to your product?

As a result of a survey of 300 consumers in Michigan, Indiana, Minnesota and Texas, consumers were most interested in locally produced plants and biodegradable and compostable pots. Marketing products with the terms “sustainable” and “grown in energy-efficient greenhouses” also drew consumer interest. However, consumers were much less interested in organic practices (e.g., organic fertilizers) for ornamental plants most likely because bedding plants are not grown for consumption. However, one segment of the sample was interested in buying organically-grown ornamentals. Those consumers with children under the age of 12 had greater interest in buying organic plants likely due to health concerns.

A separate study examined consumer willingness to pay for plants that were labelled as native, non-native, invasive, or non-invasive. Consumers at an auction in the St. Paul, Minn., and Minneapolis, Minn., area were presented with two plants of the same genus, but of different species; one of which was invasive while the other was not. Consumers were willing to pay a $0.35 premium on average for plants labelled as native and non-invasive, while they were willing to pay $1.01-$1.66 less for plants labelled as nonnative and invasive.

Research shows that consumers might also be willing to pay more for greenhouse and nursery plants that are produced with biological control. In a survey of 414 or 403 Canadian consumers, price was the most important factor in buying decisions (22-29 percent relative importance) for ornamental greenhouse-grown crops, while pest management was considered second most important factor (22-25 percent relative importance). In a separate study, consumers were estimated to be willing to spend up to $485.00 annually for nursery crops grown with biological control as compared with only $23 of perceived value in chemical management for the control of eucalyptus snout beetle.

So as you begin to think spring and prepare for the peak selling season in your garden center, consider adding signage that promotes some of these characteristics to your customer. If you are receiving plant product from a MAEAP-verified facility, marketing it as such may give you an edge over your competitor. Talk to your wholesale provider or contract-grower about their practices. Don’t miss out on an opportunity to convey more value to your customer!

Values as part of environmental education