Many insects spend the winter as an egg or larva or pupa, but a certain group of insects overwinter as adults. They must find a location to sleep the winter away that stays comfortably between 40.50 degrees Fahrenheit. If this can happen, they are alive in the spring to go back to dancing on the leaves and flowers and to scamper around and reproduce. That magic location for overwintering is often the wall void of a home, which is the space between the outside and inside walls. Once they are in, the only decision to make is on which side of the insulation to hibernate. Smart ones choose the side between the insulation and indoor wall. Dumb ones end up as a pile of formerly living things on the sill plate.

When any of these insects are indoors, they do not eat or cause damage. The damage occurs when the human that finds them crushes, smashes or creams them into the upholstery or lamp shades. These are stains that do not come out in most cases. The moral of this story is to pay attention to what the insect is sitting on before eliminating it with extreme prejudice.

Here are half a dozen possibilities of who may be knocking on your door or wandering aimlessly on your rug. The insects listed below are in order by how common they are based on several decades of phone calls from distressed people to Michigan State University Extension experts.

Boxelder bug (Leptocoris trivittatus). In an area that has boxelder trees, these guys would be a very common fall find. The young boxelder bugs are smaller and red in color and cannot survive the winter.

Western conifer seed bug (Leptoglossus occidentalis). They will be associated with evergreens large enough to have cones. Their shape resembles a squash bug or stink bug. People often mistake them for brown marmorated stink bug. 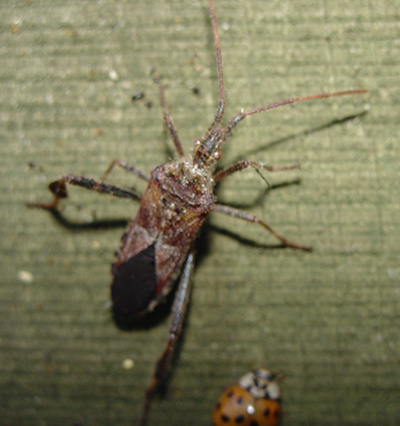 Multi-colored Asian lady beetle (Harmonia axyridis). This imported lady beetle produces an unpleasant smell when stressed. It may give skin a little pinch when it is handled, but it cannot break the skin. 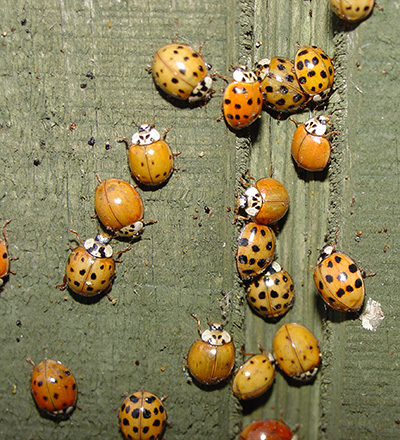 Cluster fly (Pollena rudis). In some areas, this large fly is a problem. Usually, they are seen in the winter when the sun warms the south or west side and they emerge from a wall void and slowly shuffle around. 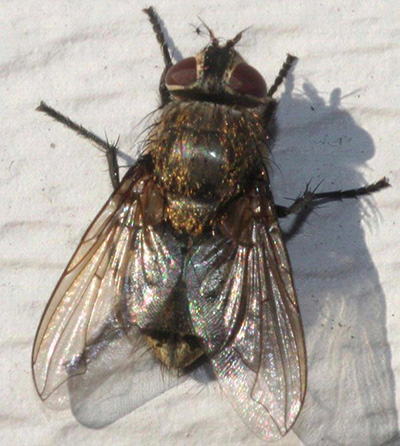 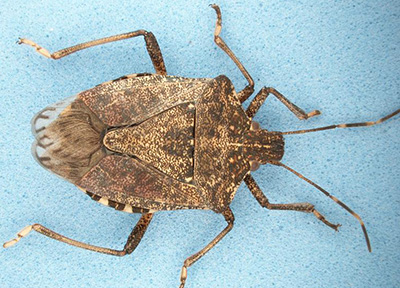 Elm leaf beetle (Pyrrhalta luteola). Periodically, areas that have a number of elm trees with leaves eaten or skeletonized during the summer may meet this beetle. It’s more likely the beetles will go to an attic area instead of the living area to doze away the winter. 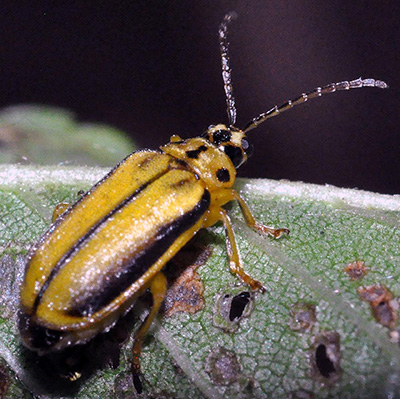 The key to not having unwanted guests is to do some late summer home inspection right about now. You are looking for cracks and crevices that an insect could slip through. That crack does not have to be any wider than the thickness of a credit card. If time is limited, start with the two sides of the house that are the warmest: the south and west sides where many insects hang out. Caulk cracks around windows and doors. Check around anything that is cut into the exterior of the house like a dryer vent, gas line or light fixtures that do not have a bead of caulk surrounding them. Check or repair door sweeps. Vinyl and aluminum siding offer many places for insects to slip under and this is not easy to fix. Pesticides are often not very effective, so try the home tweaking first.