Shupe Dairy Farm milks and pastures 600 cows in Huron County, located at the tip of Michigan’s Thumb. Here’s a look at some of their decisions shared at the recent pasture event.

Few things are as nice as a picture perfect fall afternoon in Michigan to enjoy fresh apple cider from a local orchard, a few doughnuts, and a snack of chocolate milk with cheese and crackers. Now add the opportunity to tour a dairy farm located in Huron County near the tip of the Thumb that is grazing nearly 600 dairy cows on 340 acres of annual and perennial pastures and it even gets a little better.

Michigan State University Extension and Shupe Dairy Farm near Elkton, Mich., provided graziers, farmers, dairymen, and agribusiness professionals a great opportunity to see and learn about some of the management considerations and challenges for this progressive grazing operation. The Shupe family has been milking cows on the farm for multiple generations and now has four of the seven brothers as the owners of the farm. Christopher, David, Jonathan and Paul Shupe share the management decisions and even though they have distinct and varying personalities, have made great strides in the last several years to expand the capacity of the farm.

The decision to begin grazing heifers occurred after Paul attended college and worked on a pasture-based dairy farm near the school. Several years later they decided to start milking on grass and have now over several years made the transition to a seasonal grazing system. 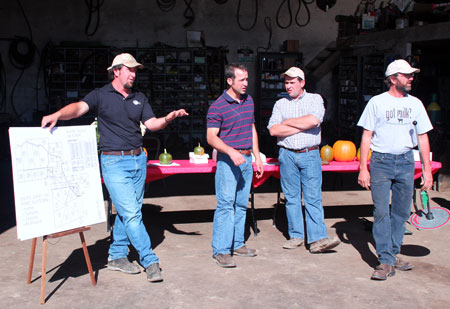 Some of the key things discussed during the pasture walk included how to manage center pivot irrigation on permanent pastures of mostly perennial ryegrass with some tall fescue, forage chicory, Italian ryegrass and clover; managing the movement of cows in large herds; how to calculate the forage yield using a rising plate meter; and some of the lessons learned as they increased their herd size.

Irrigation for pastures is unique for the area and provided everyone a chance to see what they have done. As Jonathan said, “If we didn’t have irrigation this year during the hot, dry weather, we would’ve had a disaster due to the lack of forage.” The irrigation worked all summer, providing enough water for over 10 tons of dry matter forage per acre on their Italian ryegrass and forage chicory mix. They feel there is still a great deal to learn about using irrigation on pastures as far as how much water to use and when to use it. One of the more innovative features of their system included an animal watering system attached to the irrigator and a way to mist cows during the heat of the day to help cool the cows. 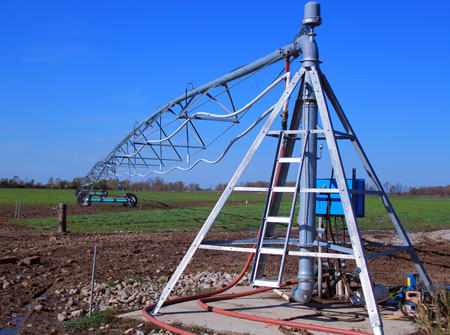 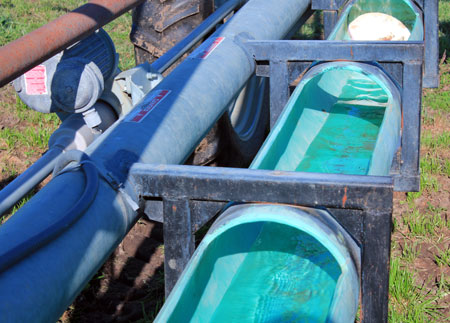 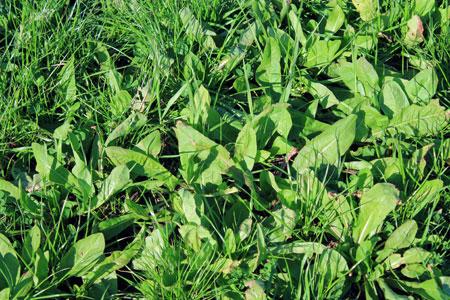 The Shupes have tried several different grasses, so when they decided to renovate the pastures in 2012, they looked at what had been working for them. Perennial ryegrass is not normally considered a winter-hardy pasture grass, but in the climate they have, a 15-year-old pasture of perennial ryegrass had been a steady producer of high quality, palatable grass, so they decided to make it the base grass for their pasture system. The ryegrass variety named ‘Power’ by the Cisco Company was the product of choice when they decided to plant, along with some clover and forage chicory that the cows really devour. The timing of renovating the pastures to perennial ryegrass was ideal for the year. The early spring allowed the grass to be planted in March and get a great start before the dry, summer weather. 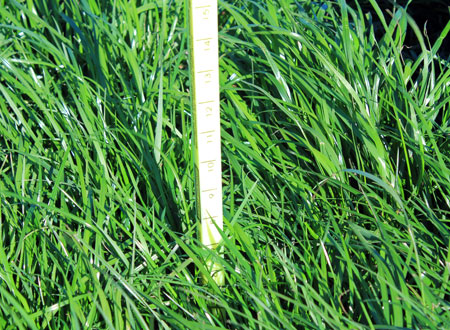 Knowing the amount of grass available to the dairy herd is critical for keeping cows at expected production levels. Christopher Shupe makes a weekly pass through all the pastures to record dry matter readings using his digitized rising plate meter. It provides data for managing stocking rates based partly on science and partly on experience. It’s one of the tools they couldn’t do without. The cows need high quality forage and with two 300-cow groups, knowing where to move them is always a high priority. The Shupes have a goal of putting cows on a new paddock when available forage is about 3,000 pounds of dry matter per acre. Cattle are removed from paddocks when available forage is at 1,500 pounds of dry matter per acre and the residual is generally about 3 inches tall. 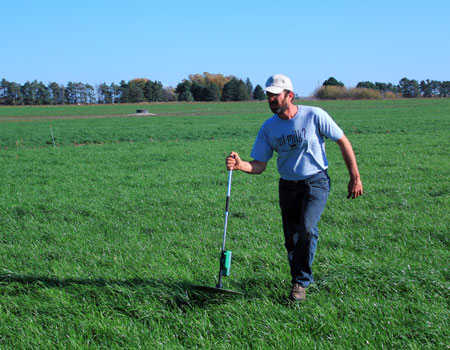 The time spent observing and learning from others that are grazing is an easy and inexpensive way to have a good time. Making new friends, getting reacquainted with old friends, sharing experiences with others that have a similar passion, or just getting out on a great day are more than just educational, they really are priceless.