Growers are continuing to harvest summer’s bounty and are thankful for rain that fell this past week in the Flint area.

According to the Michigan State University Flint Enviro-weather station, temperatures for the past week ranged from a low of 64 degrees Fahrenheit to a high of 94.1 F. We are at 2,234 growing degree days (GDD) base 50, which continues to be a week or so ahead of the five-year averages. The Flint area has received 2.5 inches of rain in the past week, helping reduce the ongoing rainfall deficit of this growing season; areas in the southern part of the county recorded 3.5 inches of rainfall.

According to research done in the MSU hoophouses located at the Student Organic Farm and educator observations from the field, fall crops like carrots, beets and turnips are being planted in hoophouses this time of year. In area hoophouses and fields, pests include flea beetles, cabbage loopers and powdery mildew on vine crops, especially zucchini. One grower reported that it has been a great year for broccoli production.

With the hot weather we have experienced this summer, many of the summer crops with supplemental irrigation have been very productive, like tomatoes, cucumbers, peppers, summer squash and zucchini. In some non-irrigated crops, the hot, dry weather has reduced crop yields, like potatoes, salad greens and head lettuces. In some cases, slicing tomatoes and peppers have developed a physiological disorder called blossom end rot, which is related to inadequate supplies of moisture and calcium to developing fruits. 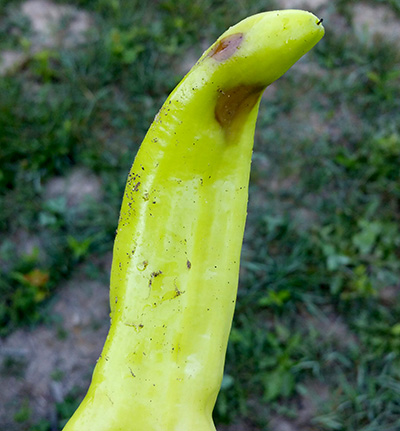 One area farm that received close to 2 inches of rain yesterday, Aug. 16, reported standing water in the field; others on sandy soil did not. Another area farmer reported that their non-irrigated field crops (Indian and field corn, potatoes and pumpkins) responded very well to this week’s rainfall. There are some reports of pumpkins and melons maturing early this summer, likely due to the above-average heat and GDDs we have accumulated. 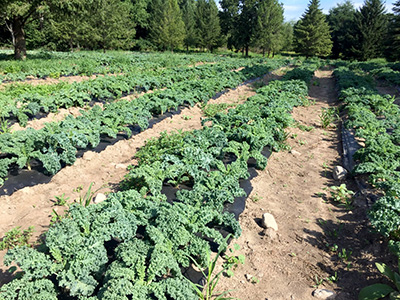