Forage brassicas as an emergency crop in the Upper Peninsula region

Forage brassicas, such as forage rape and turnips, are high yielding, high quality, and fast growing crops that can withstand cold temperatures and dry conditions. These crops can play a key role as an important alternative crop during summer drought periods in the Upper Peninsula (U.P.) region. Like Michigan’s lower peninsula, most places in the U.P. had severe drought in 2012. Since forage rape and kale can be grown even in poorly drained soils, these crops can be grown well in both the eastern and western part of the U.P. region where soil type is heavy clay.

Another benefit of planting forage brassicas is to extend the grazing season although a grazing trial was not part of this study. The objective of this study was to assess the effectiveness of forage rape and turnip to be grown in U.P. climatic conditions and identify variety differences in forage rape and turnip, respectively. Based on our current study, forage rape appears to have had higher yields than forage turnip in the central U.P. region in 2012. No difference was found in forage quality, with both forage brassicas showing good forage quality in this study. This study was funded by the regional Project GREEEN (Generating Research and Extension to meet Economic and Environmental Needs).

As shown in Table 1, the average yield of spring planted forage brassica was 0.92 dry matter tons per acre. On average forage rape (average 1.10 dry matter tons per acre) had higher forage yields than forage turnip (average 0.78 dry matter tons per acre) at the Upper Peninsula Research Center. The highest yielding variety was “Bonar” but no difference was found as compared to the other two forage rape varieties (Dwarf and Barnapoli). Since 2012 was one of the driest years, weather was not quite suitable to grow the forage crops. Still on average, producing one ton of forage brassicas as an emergency crop in the U.P. during hot summer weather was not bad. Some farmers in the U.P. didn’t have any forage during this severe drought and planting forage brassicas as an emergency crop could be a good idea to deal with a severe summer slump in cool-season forages in the U.P. Based on the current study, forage rape appears to have had a higher yield than forage turnip in the central U.P. region in 2012. No difference was found in forage quality (Table 2) between forage and turnips and both forage brassicas showed good forage quality in this study. 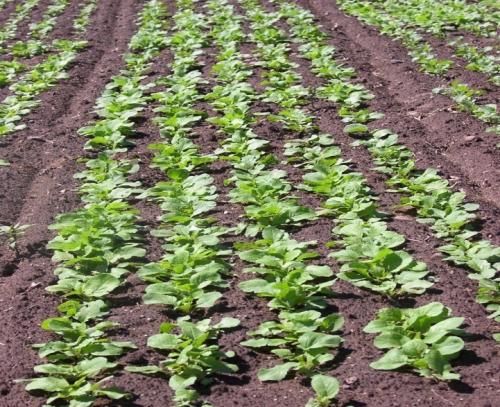 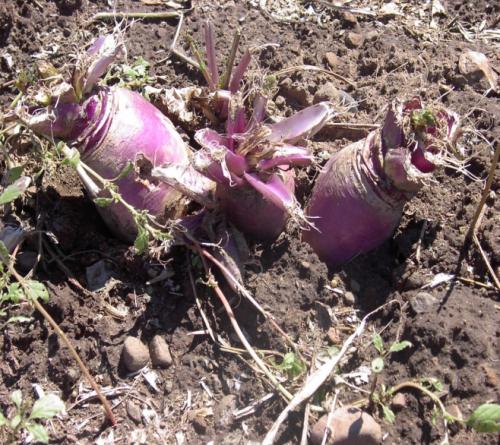