Except for their role in recreation, most people undervalue forests. Certain societal trends represent a nearly invisible set of threats to these critical resources.

Forests are vital assets to society. Ownership and control largely resides in the hands of private parties. In Michigan, least 320,000 people own nearly half the forest land, or about 8.5 million acres. Various governments and forest management corporations own the balance.

Forests provide timber, clean water, wildlife habitat, visual quality and many other benefits. Michigan’s total population of nearly 10 million is dependent upon healthy forests. However, only a small proportion of people are likely to recognize this dependency.

Forests will not meet the demands of society without management. We consume large quantities of wood, the only truly renewable natural resource. Michigan was once a national leader in supplying the nation with lumber and other wood products. Additionally, current trends in our forests, some subtle and some not so subtle, do not portend a bright future. Forests are dangerously taken for granted.

Forest owners often acknowledge their role as stewards of the land, but many do not. Some of the finest examples of management have been developed on family forests. The American Tree Farm Program annually recognizes some of the best. Of course, some of the very worst forestry practices can be found on private ownerships as well. Such is the nature of American forest ownership and private property rights. 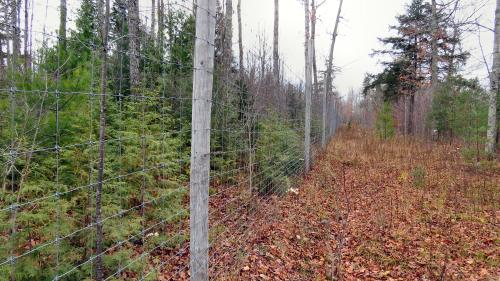 Forest ownership remains in the hands of the minority. Yet, we all remain dependent upon forest outputs whether we think so or not. Each person uses the equivalent of about 4.5 pounds of wood each day. Michigan has about 850,000 hunters and many more bird-watchers, amateur botanists, collectors, crafters and people of related pursuits, all largely forest-dependent. Without forests, the quality of our surface water would rapidly degrade. Forests provide habitat for the vast majority of our wildlife species. Tourism would all but disappear without the vast forests of “up north.”

Forests appear to be static landscapes but appearances can be misleading. In fact, Lake States forests are undergoing dramatic changes. Unfortunately, most of us will not notice these changes unless we begin to look a lot closer and learn much more about these incredible resources. Recognizing what is missing is a lot harder than observing something merely out of place.

Forests have grown older with higher proportions of larger trees. Shifts to later successional forest types, such as sugar maple-beech-basswood, have worked against earlier successional species such as white-tailed deer, ruffed grouse and a large suite of related critters and plants that prefer forest types such as aspen, paper birch and upland brushlands. It is no surprise that some of the species in these declining types have become threatened or endangered. 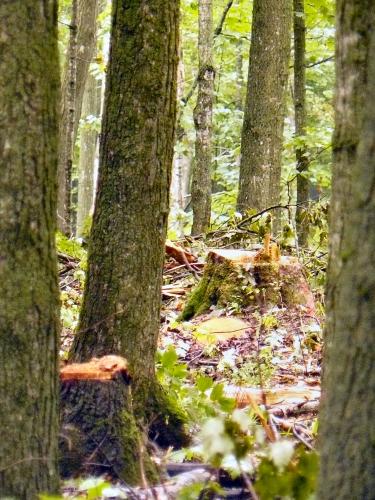 Forests across much of the Lake States have experienced tree regeneration failure for decades due to overbrowsing by white-tailed deer. Similarly, many once common shrubs and wildflowers have declined dramatically. Habitat quality has eroded. Here lies a real barn-burner of a controversy. It is tough when a darling of the wildlife world morphs into a major threat.

Forests are being invaded by second home owners and sprawling subdivisions. Michigan has one of the highest rates of second home ownership in the nation. More often than not, construction occurs in sensitive and high value riparian areas . . . lake shores and stream banks. Even the “camps” of today have become more like primary residences than the rugged retreats of yesteryear.

Forests have been increasingly assaulted by invasive species that displace native species, kill trees and disrupt many ecological dynamics. Most of us remain unfamiliar with any of these processes, but they are being altered nonetheless. High deer populations and the urban splatter help these invasive species along. Biological diversity is at risk. Forest recovery may take decades, if it is possible at all.

After the first cut in an oak shelterwood, designed to stimulate regeneration. Photo credit: Bill Cook

Forest values have changed. No longer do timber, wildlife and water reign supreme. Today, forests are largely regarded as playgrounds. Traditional values not only play second fiddle, but they have actually grown to be politically incorrect. All the public surveys support these trends. Of course, our society continues to be just as dependent as ever on these old values. Many of us simply don’t acknowledge that dependency. We fool ourselves. However, once the massive freighter of forest change nears the threshold where enough people feel the stirrings of concern, will it be too late to avoid a shipwreck?

What can be done? If you’re a forest owner, Michigan State University Extension forestry educators recommend that you manage your property with the assistance of a professional forester. Look to the future. Consider your great-grandchildren. Get involved. If you’re not a forest owner, advocate for social change and public policy that favors forest management and forest health. Simple preservation and benign neglect is not the answer. Avoid the urban myths about forestry, logging and resource extraction. Forestry is a lot more than a multi-billion dollar industry, although that in itself is vital to the Lake States and provides products that we use every day. Forestry is a critical investment in our future. It’s part of the solution; not part of the problem.

Keep your woods healthy for tomorrow