The forest tent caterpillar, Malacosoma disstria, is having a good year in many areas of the state, but the infestation sites in the northern half of the Lower Peninsula are at much higher populations than the sites being reported in the southern parts of the state. Pockets of heavy infestation and defoliation have been reported from Grand Traverse, Leelanau, Benzie, Kalkaska and Crawford counties. The sites of greatest defoliation in 2009 in Wexford County appear to be back down to low, non-outbreak levels this year.

It has been over 20 years since the last significant outbreak of forest tent caterpillar in the Grand Traverse Bay region. In that time, our residential and recreational human population has grown tremendously, largely due to people moving here from downstate and out-of-state. For these folks with no experience in the area, the forest tent caterpillar outbreak is a terribly shocking event, as they have no reason to believe the high populations will not continue indefinitely. I’ve been spending a great deal of time explaining how natural factors will eventually bring the populations back down and the forests will survive.

One thing that is a bit different about the 2010 infestations as compared to 2009 is that we are seeing a much wider range of larval instars active at the same time in 2010. This is probably due to our widely fluctuating temperatures in March through May. Some egg masses hatched as early as the first week of April, but a lot of them did not hatch until well into May. People have been asking for some idea when the onslaught of caterpillars will end for the year, and it has been very hard to predict just when that might be. 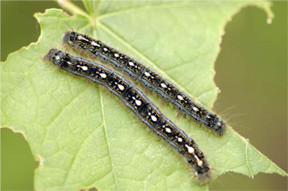 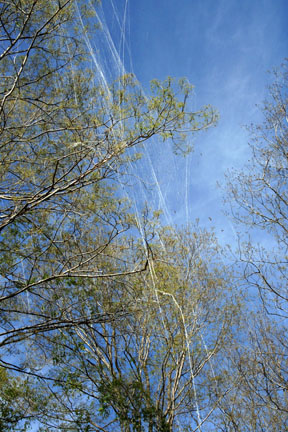 Grow your gardening knowledge in the Escanaba Master Gardener Program