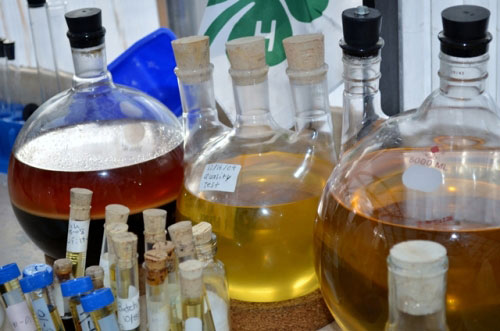 At Birch Run High School in Saginaw County, Mich., students in Mrs. Pollard’s science class head out back, to the greenhouse behind the school. It does house some plants, but the greenest thing in there doesn’t have leaves or flowers. It has pipes and tubing and large metal drums, and test tubes in front of glass jugs, sitting on a work bench. It’s the school’s biodiesel program.

Birch Run’s school-based 4-H program was looking for a “green” project that could really make a difference. Their noses led them right to a great idea—converting the cooking oil used to cook French fries in the cafeteria into biodiesel fuel. The program took root in the school greenhouse and blossomed into something that helped both the school and the community. 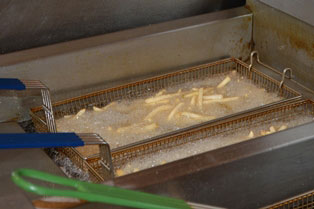 The school saved money right away, because they had been paying someone to come and haul their used cooking oil away and dispose of it. They saved even more money when the biodiesel program began to produce enough fuel to run several of the district’s school buses on it! Some local residents and restaurants started offering their used cooking oil to the students too, choosing this environmentally friendly way of getting rid of their used oil.

Word spread to nearby farmers. Soon, it wasn’t uncommon for teens from the school’s biodiesel program to be working directly with an area farmer or two, helping them create their own biodiesel fuel to run their tractors and other farm equipment. After all, by then the students had pretty much perfected the chemistry needed to convert something that smelled a little like rancid fried chicken into a golden fuel that could power combustion engines.

Now-a-days, the school’s busing operation has been contracted out, but the biodiesel program is still chugging right along, creating fuel that area farmers use in their equipment. Residents routinely drive around back of the school to the used cooking oil “drive through” station to dump 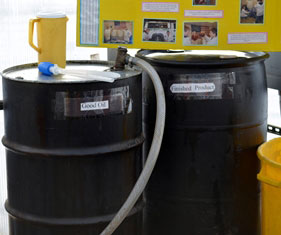 their used oil. At last count, the program had 2,500 gallons of used vegetable oil ready to be turned into biodiesel fuel, adding considerably to the 1,400 gallons of fuel they’ve already made.

The program has created a byproduct, too—education. Impressed with what they were hearing about the program, other schools began calling, eager to learn how they could start their own biodiesel program. The students have begun taking their show on the road, showing other schools how to get on the biodiesel bandwagon.

Summing up, the program saved the school money (no more paying to have used cooking oil removed, buses were running on it), helps community businesses and residents dispose of a pesky kind of trash in an environmentally friendly and useful way, helps farmers save money on their fuel costs, and helps the environment through the use of a fuel that causes less pollution when it burns. Not bad for something that was inspired by the aroma of the ubiquitous French fry.

What is CWF and why should you care?