Many pine trees produce edible nuts, including some species that are hardy in Michigan.

Last week, I received a voicemail message from a gentleman who wanted to learn where he could find a “pine nut tree.” His father had emigrated from Lebanon many years ago and he remembered how his dad always reminisced about eating pine nuts in the Old Country. For years he had wanted to plant a pine nut tree in memory of his dad. The problem was every time he went to a nursery and asked for a pine nut tree, nobody knew what he was talking about.

Pine nuts are the seed from pine cones and the pine nuts the gentleman’s father cherished were likely from stone pine (Pinus pinea) trees (Photo 1), which are the pine nuts (pignoles) favored for making pesto (Photo 2). In the United States, pine nuts that are sold commercially usually come from pinyon pine (Pinus edulis), which is native the southwestern United States. Unfortunately, neither of those trees will grow here in the Upper Midwest. 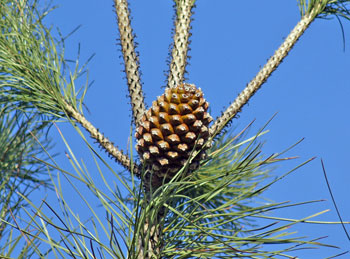 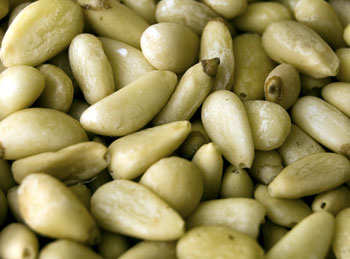 There are, however, many other pine trees that produce edible nuts – the main reason stone pine and pinyon pine are widely used is because they produce very large seeds, making them relatively easy to harvest. About 20 species of pine produce seeds large enough that harvesting the nuts is worthwhile. Two pine species that produce edible nuts and grow well in our area are Korean pine (Pinus koraiensis) and Swiss stone pine (Pinus cembra) (Photos 3- 4). Both trees are excellent landscape trees and are included in Michigan State University Extension’s tip sheet on recommendations for alternative conifers for Michigan. 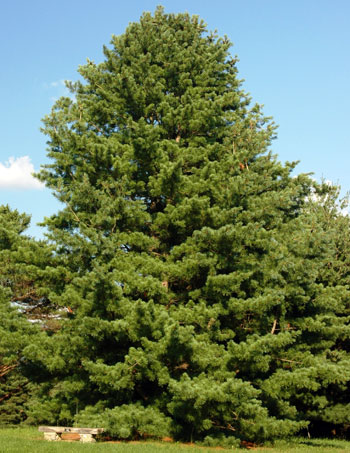 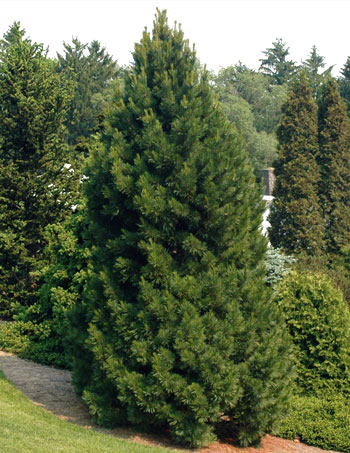 If you want to try your hand at growing your own pine nuts, here are a few factors to consider.

Be patient. Pines, like most conifers, may not produce cones until they are 10 or 15 years old. Planting large container stock or balled and burlapped trees rather than seedlings can provide a jump-start.

Plant several trees of the same species near each other. Pines are not completely self-infertile, but trees that are “selfed” (cones are pollinated with their own pollen) will have poor seed set and many empty seeds. Pines are wind pollinated so allow enough space between trees for air movement to carry pollen between trees.

Expect “boom and bust” cycles. Cone production in conifers is complex and controlled by weather as well as internal, alternate-bearing cycles. Forestry seed orchard managers often try to induce stress in pine trees in order to get them to produce seed cones.

Will they restore the lake on their own?