Statewide interest in local barley has Michigan State University moving ahead with research on malting barley.

Barley production ranks a distant third among small grains in Michigan, with approximately 8,000 acres harvested in 2011 compared to 30,000 acres of oats and 680,000 acres of wheat in 2011 according to the National Agricultural Statistics Service. With a price of $3.50 per bushel and average yield of 48 bushels per acre, it is no surprise that grain farmers were not diving into barley production. Most of the barley grain produced was used for livestock feed on-farm or sold at local elevators. Barley is a reasonable choice for on-farm feed production.

Barley is comparable to corn in feed value with about 9 percent less energy and higher available phosphorus. Grain is generally ground or rolled before feeding to improve feed efficiency. Some barley is stored as a high-moisture grain. Barley is still a good option in areas of the state where growing conditions make corn grain production unreliable. Your local Michigan State University Extension educators can provide information on barley varieties, production practices and feeding programs.

The real excitement in the Michigan barley picture has nothing to do with livestock or feed grains. The current, rapid growth in the Michigan craft brewing industry has resulted in strong interest in locally sourced ingredients for locally produced beer. For several years, MSU Extension has been involved in development of hops production in the Grand Traverse Bay area. Interest has also emerged regarding local availability of malt for small breweries. For malt products to be truly local, high-quality, malting grade barley grain must also be available locally. Malting barley grain standards are very high, requiring a higher level of crop management than feed-grade barley. The anticipated price for locally produced malting barley when a new, niche market emerges should make the effort to grow it worthwhile.

Over the past three years, small-scale research projects relating to malting quality barley production have been conducted at the MSU Upper Peninsula Research and Extension Center (UPREC) in Chatham, Mich. (see photos below). Disease management, nitrogen fertility and variety evaluation have been the focus so far. The idea driving these trials has been to create a new cash crop opportunity for northern Michigan farmers with the possibility of entering the commodity malting barley markets with points of sale in Wisconsin or further west.

Efforts are underway to expand research and development for local malt production statewide, including production of malting grade barley grain. Key players include the UPREC, MSU Extension and the Michigan Brewers Guild.

Local malting barley grain production will probably not move barley acreage up a notch among the three top small grains in Michigan. However, it could provide good opportunities for farmers interested in a specialty crop. 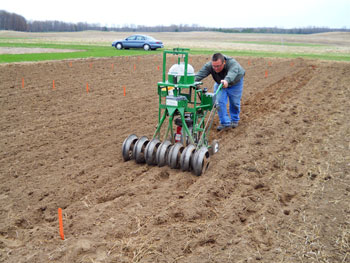 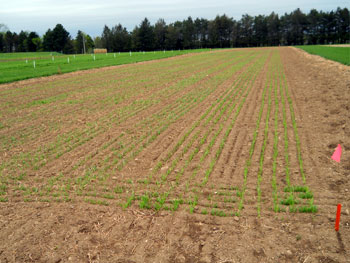 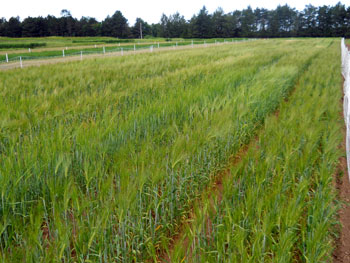 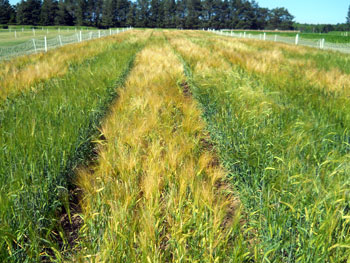 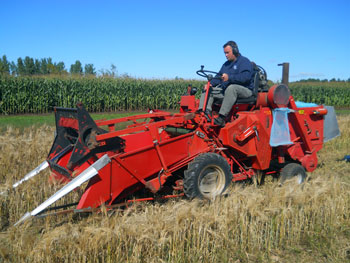 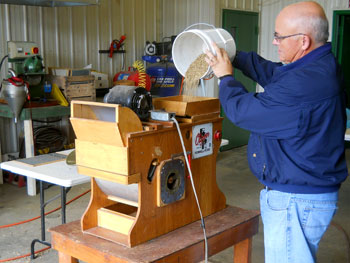