This 2018 growing season was particularly interesting for some corn growers in southern Michigan. Some were surprised to learn their fields were infested with Asiatic garden beetles (Maladera castanea). Corn plants have been a host for Asiatic garden beetles, but the infestation and damage to field corn is something new.

Weeds such as marestail (Conyza canadensis), Queen Anne's lace (Daucus carota) and giant ragweed (Ambrosia trifida) located close to corn fields (generally on the edge of the fields) are attractive to adult Asiatic garden beetles. Asiatic garden beetles burrow in the soil at the base of these weeds during the day and feed on their leaves in the evening. The weeds likely create hot spots for egglaying, so weeds present in fields in late July and early August may increase the chance of a field becoming infested. Knowing how to identify these weeds will help the producer to choose the best weed management plan.

See below the key identification characteristics and control methods of weeds we found to be attractive to Asiatic garden beetle adults.

Also known as horseweed, marestail is an erect, annual herb that grows up to 6.5 feet. The first leaves are in a rosette and the subsequent leaves are toothed with a short, apical projection. The stems are hairy and the inflorescences are arranged in panicle ranging from white to lavender.

Marestail is better controlled when it is at the rosette stage and prior to 4 inches tall. Herbicides such as 2,4-D, glufosinate, glyphosate and atrazine can be used to control marestail. Use multiple effective herbicide modes of action to reduce the chance for resistance. Some of the mechanical control options for marestail are cultivation, tillage and mowing. 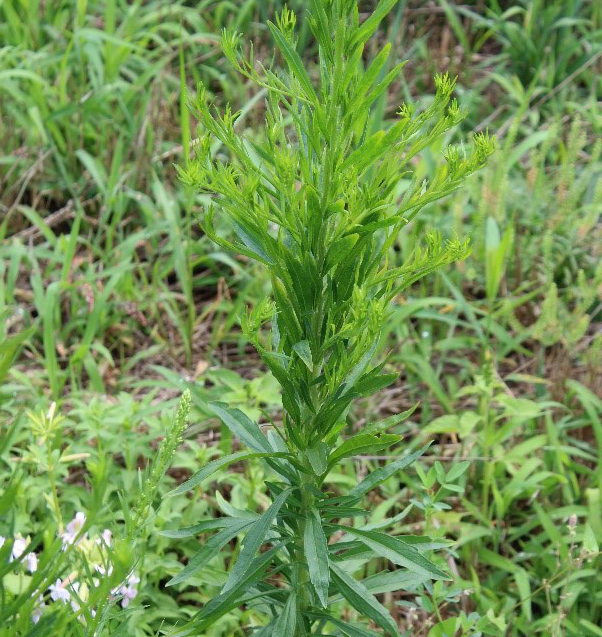 Also known as devil’s-plague or wild carrot, this biennial weed grows up to 5 feet, showing an erect stem and basal rosette. The inflorescences are white except for a central purple flower. 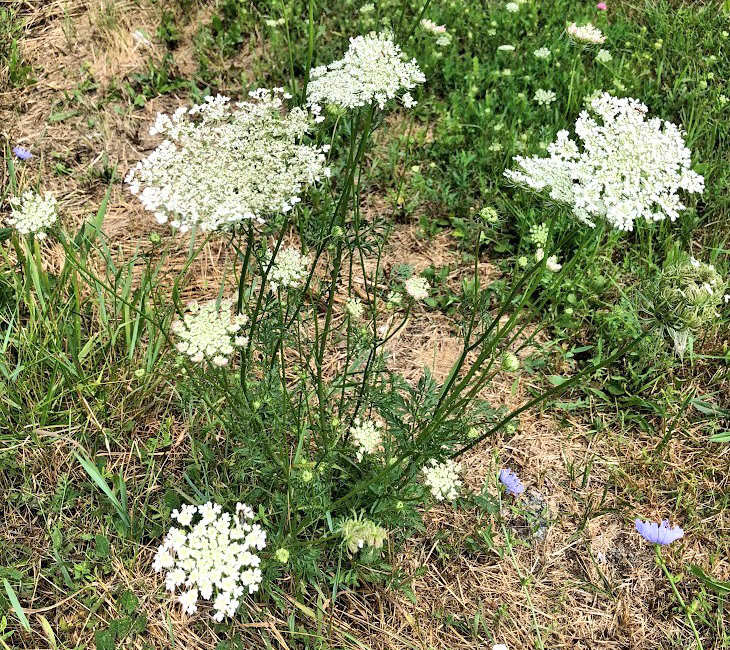 This summer annual weed shows hairy and rough leaves with three to five lobes that are opposite in arrangement. Stems are also hairy and rough and up to 15 feet tall in height. Flowers are generally inconspicuous, found on terminal branches producing high amounts of pollen.

Tillage can control emerged weeds, but also can stimulate the germination of new ones. Giant ragweed can be resistant to group 2 (ALS-inhibitors) and group 9 (glyphosate) herbicides. Dicamba or 2,4-D combined with glyphosate or paraquat can be very effective in controlling small plants. Fomesafen and glufosinate can also be options when controlling resistant weeds. 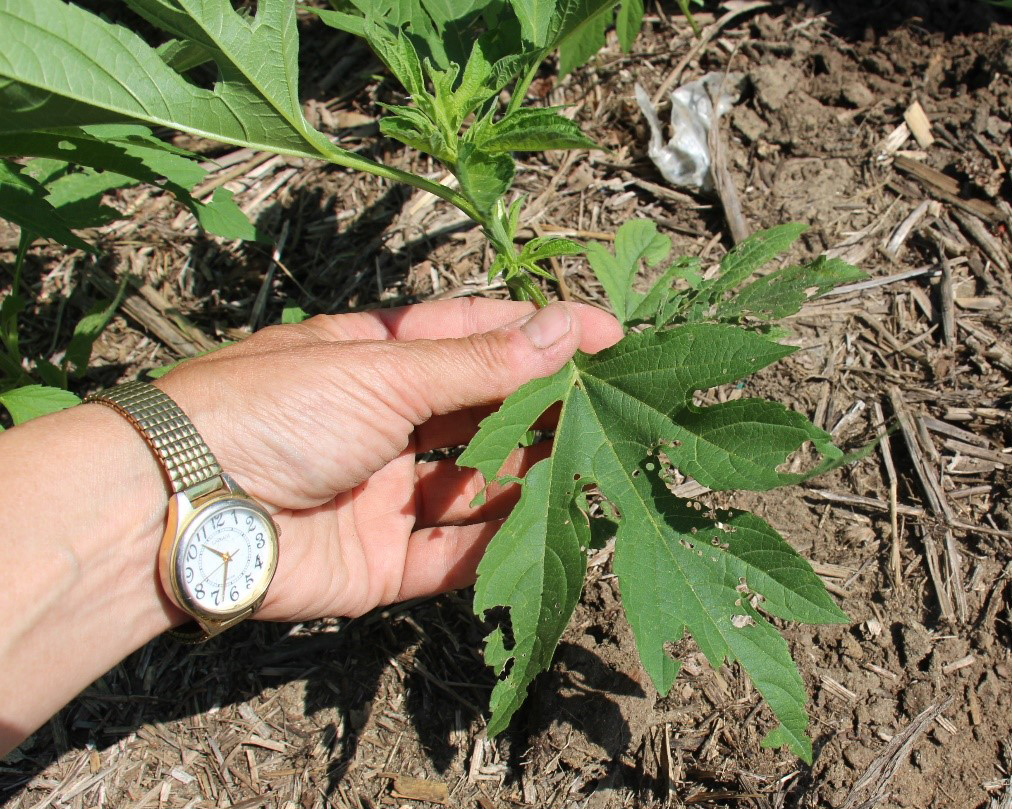 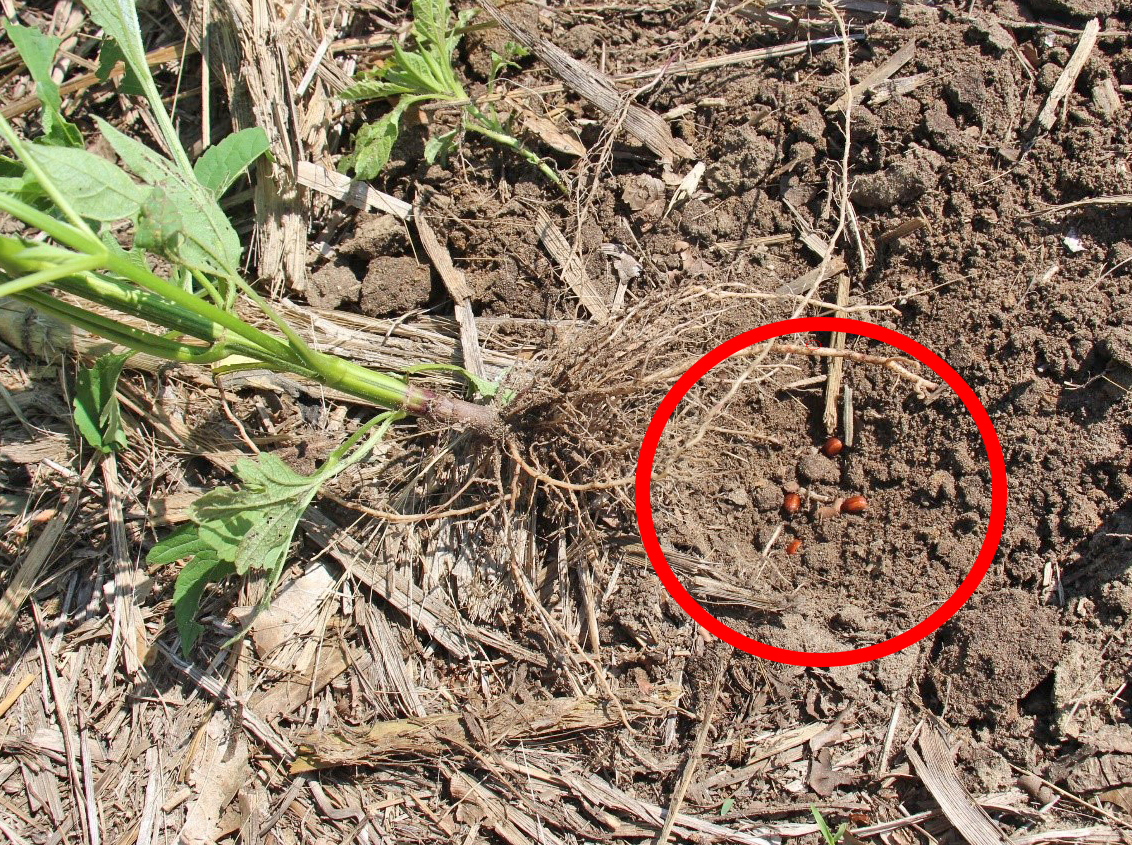 Attack of the Asiatic garden beetles in field crops