Some bug is laying eggs all over my house! We're getting calls about variegated cutworms.

Over the past few weeks, I have received multiple calls from residents in Michigan’s Upper Peninsula wanting to know what kind of bug would be laying eggs all over their houses. At least three sent me photos and the eggs appeared to be those of some kind of moth. I didn’t know which moth until Mike Schira, Houghton County MSU Extension, enlightened me.

Mike had been getting similar calls as well and upon doing some research on the matter, he found an article from the University of Wisconsin Cooperative Extension that identified the moth as the variegated cutworm, Peridroma saucia (Lepidoptera: Noctuidae). It seems residents in northern Wisconsin are being victimized by these crazy moths, too. 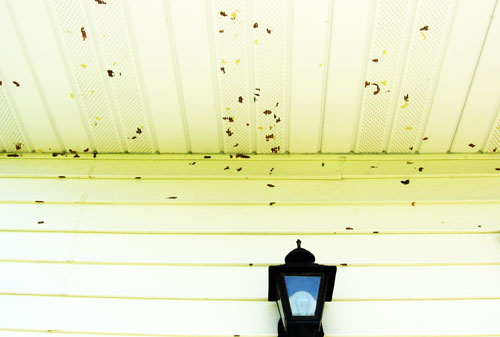 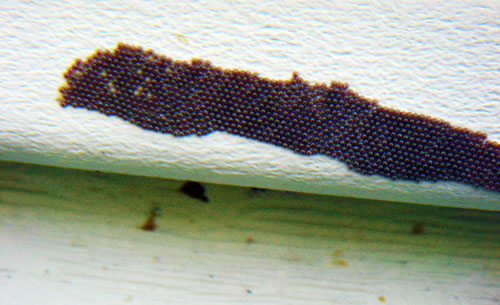 Why are all these bugs appearing on the side or inside of my home?