Have you ever wondered about the beautiful animated horses you see in Disney movies? Read on to discover more about these famous characters!

Whether you actually are a kid or just a kid at heart, animated feature films captivate their audiences with fairy tale worlds where anything is possible. The truth is, it’s not all fairy tales and fiction – some of the most beloved equine companions are horse breeds that truly exist! This brief Michigan State University Extension tour through Disney horses introduces the real horses these famous drawings were based on.

Phillipe is Belle’s horse in The Beauty and the Beast. Phillipe is a Belgian, a very popular breed of draft horse. Belgians have long been loved by farmers as work animals. In addition, their very docile nature makes Belgians ideal for pulling contests. They have a very slow motion with minimal knee action.

The predominant color is sorrel or chestnut, as seen by the animation of Phillipe. Belgians can also come in lighter shades and are known as blonde sorrels. These horses are registered with the Belgian Draft Horse Corporation of America (established in 1887), which currently has more registered horses than other draft breed registry. 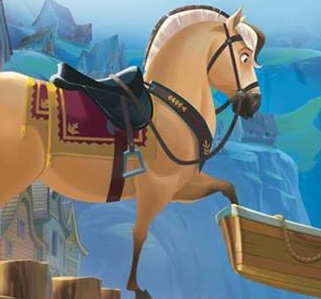 Although he played a minor role in the incredibly popular film Frozen, Sitron has helped his breed, the Norwegian Fjord, gain popularity with a new audience. The Norwegian Fjord horse is one of the world's oldest and purest breeds. As its name suggests, this breed originated in Norway and was domesticated more than 4,000 years ago. All Fjord horses possess dun coloring.

Another unique characteristic of the Fjord Horse is the mane. The center hair of the mane is usually black while the outer hair is white. The mane is cut short so it will stand erect. It is trimmed in a characteristic crescent shape to emphasize the graceful curve of the neck The white outer hair is then trimmed slightly shorter than the dark inner hair to display the dramatic dark stripe. 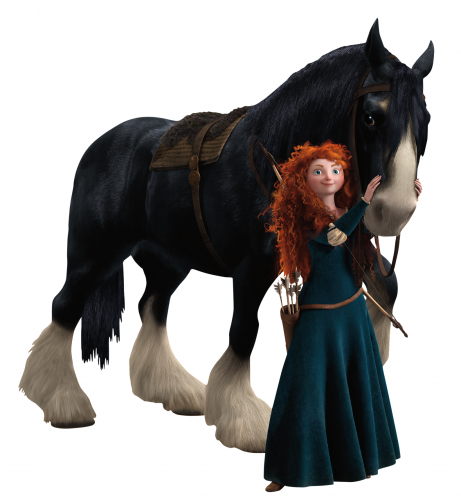 Angus is the horse of Merida in the popular movie Brave. Angus is a type of draft horse known as a Shire. The breed comes in many coat colors, including black, bay and grey, with sorell being very rare. They are a tall breed, with mares standing 16+ hands and stallions standing 17+ hands. The breed has an enormous capacity for weight pulling, and Shires have held world records for both largest overall horse and tallest horse at various times.

Frou Frou is the equine character in the Disney movie, Aristocats. It is Frou Frou’s unique coloring that tells us his breed. His is a light breed horse, meaning not a draft horse, known as Palomino. Sometimes called “The Golden Horse,” the ideal color of a Palomino is that of an untarnished United States gold coin. The mane and tail must be at least 85 percent white and the skin must be primarily dark in color.

Disclaimer: all photos are property of Walt Disney Animation Studios.

Choosing your next horse show outfit