We collected information about management practices from 200 entries over the six years of the contest. This information was entered into a spreadsheet, sorted and summarized. To identify key differences between the high-yield producers and the low-yield producers, we compared the management practices of the top five non-irrigated entries to the bottom five non-irrigated entries from each year. We focused on non-irrigated entries in this comparison as the vast majority of Michigan soybeans are grown without irrigation. The average yield for the high-yield group (30 entries) was 71 bushels per acre and the average yield for the low-yield group (30 entries) was 45 bushels per acre. The summarized information has not been subjected to statistical scrutiny. However, general trends and observations are still valuable and worth considering. Soybean producers can use the information gathered from the Michigan Soybean Yield Contest to identify and prioritize opportunities for improving soybean yields on their farms.

Differences between high- and low-yield producers

Some management practices were obviously different between the high and low-yield producers. These are discussed below.

Planting date. Early planting is one of the most commonly cited management practices for increasing soybean yields. The average planting date for the high-yield producers was May 6, which was 13 days earlier than the average planting date for the low-yield producers. Research from the University of Wisconsin showed that soybean yield losses of 0.4 of a bushel per acre per day occur when planting is delayed past the first week of May. Sixty-six percent of the high-yield entries were planted by May 8 compared to only 27 percent of the low-yield entries. This trend held true even in 2011 despite the wet planting season. The average planting date for the top 17 contestants in 2011 was May 13 compared to May 25 for the bottom 17. Dr. James Specht, professor at the University of Nebraska, found that early planting increases soybean yields by creating larger plants during the vegetative stages that are able to utilize more of the available sunlight and soil moisture. He also found that early planted plants have more main stem nodes. More stem nodes increases the potential for more pods to develop. The high-yield producers averaged 49 pods per plant at harvest compared to 40 pods per plant for the low-yield group. 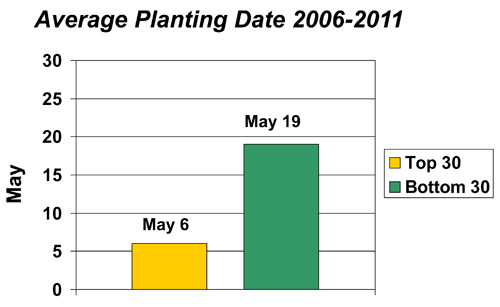 Tillage. A larger percentage of the high-yield producers used tillage implements to prepare the soil prior to planting soybeans. This trend may be partially explained by the fact that their entries were planted on finer textured soils which are known to respond to tillage to a greater extent than coarse-textured soils. The average cation exchange capacity for the high-yield entries was 12 meq/100g compared to 9 meq/100g for the low-yield entries. The high-yield group averaged fewer passes across the field than the low-yield group. Research conducted in Iowa, Minnesota and Wisconsin has shown that tillage has a minor affect on soybean yields and the United Soybean Board has credited conservation tillage production systems with decreasing soil erosion in the United States by 93 percent. 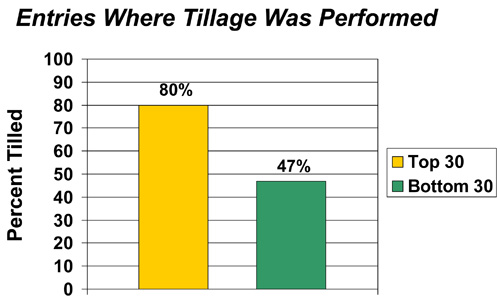 Most of the soybeans in Michigan are planted after corn and the quality and quantity of corn residue has increased in recent years. The higher residue levels has the potential to interfere with planting equipment performance, reduce soil drying and warming in the spring and reduce soybean germination and emergence. Due to financial and environmental implications, further research is needed to determine the economic returns to tilling the soil prior to planting soybeans and which tillage implements can provide both economic and conservation benefits. 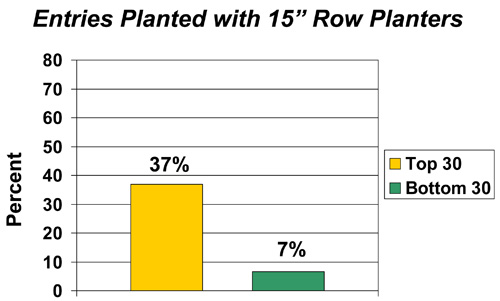 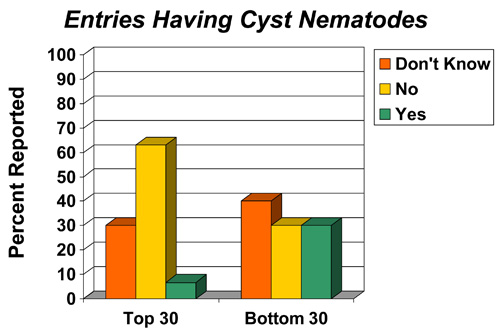 Similarities between high- and low-yield producers 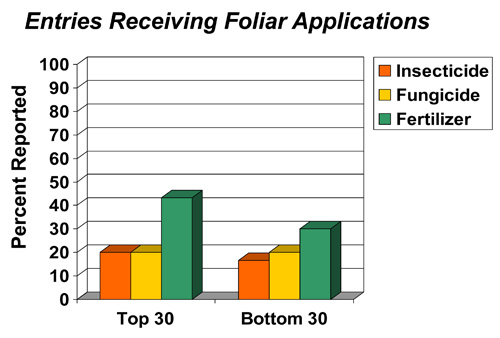 If you would like to enter the Michigan Soybean Yield Contest in 2012, contact Ned Birkey at Spartan Agricultural Consulting, LLC at 734-260-3442. Ned created the yield contest in 2006 while working for MSU Extension and has coordinated it ever since.

Corn and soybeans will be competing for irrigation this year