Infection by Phytophthora in pepper may occur days before any visible symptoms of disease appear. Initially, the pathogen may enter the roots or crowns with symptoms first appearing as water-soaked lesions that rapidly progress to cause stem girdling, plant wilting and death. When infected, the fruits and leaves may also have water-soaked lesions, and occasionally a white “powdered sugar” layer of spores appear.

Integrated management strategies are required to control Phytophthora in pepper. Fields should be scouted regularly for disease symptoms.

Cultivar selection plays an important role in disease management and several bell peppers are available that provide tolerance or resistance, including Aristotle, Declaration, Intruder, Paladin and Revolution. Some have been associated with the fruit blemish “silvering.” The cultivar Paladin has demonstrated the highest level of resistance to a virulent strain of Phytophthora from Michigan. Currently, no commercially available hot or specialty pepper cultivars are resistant to Phytophthora. MSU research demonstrated that Phytophthora isolates may vary in virulence among pepper cultivars. This has great implications for growers because cultivars with demonstrated resistance in certain regions may not be resistant in their field.

Peppers should not be planted in rotation with other susceptible crops like cucumber, melon, squash, pumpkin, zucchini, tomato, eggplant or snap beans. In fresh market production, raised beds covered in black plastic mulch used in combination with drip irrigation can be used to reduce disease incidence. Overhead irrigation should be used sparingly and avoided if possible during fruiting.

Foliar applications of fungicides directed at the base of the pepper plant may help reduce the incidence of crown rot. If foliar and fruit disease symptoms are of primary concern, apply using ample water volumes to achieve good coverage. Make sure to apply the fungicide before and after a period of rainfall expected to exceed 0.5 inch.

Populations of Phytophthora have become resistant to the fungicide mefenoxam (Ridomil Gold and Ultra Flourish) in Michigan. If there is known insensitivity in the area, these products will have little to no effect on Phytophthora. Alternate products to reduce the risk of fungicide resistance.

MSU research demonstrated that frequent applications of foliar fungicides to a susceptible cultivar may not adequately protect against crown and root rot. Susceptible ‘Red Knight’ and resistant ‘Paladin’ were inoculated with a highly virulent strain of Phytophthora. Fungicides were applied at seven-day intervals, and included Acrobat, Forum, Kocide 2000, Presidio, Prophyt, Reason, Revus, and Tanos. ‘Paladin’ had significantly less plant death and higher yields than ‘Red Knight.’ The fungicide treatments Revus and Presidio significantly reduced plant death compared to the untreated control. Greenhouse research compared drench and foliar applications of the same fungicides to the same cultivars. Drenches had a significantly lower plant death percentage than foliar applications. More work is required to evaluate the application methods in the field and for compatibility with irrigation equipment.

Fumigants Telone C35, Sectagon-K54, Sectagon 42, and Vapam HL are registered for use on pepper to control Phytophthora. 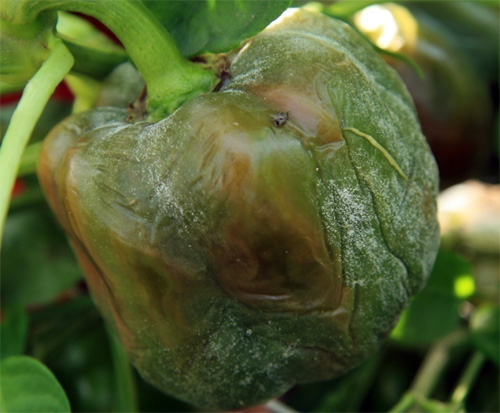 Photo 3. Silvering fruit blemish on the skin of a bell pepper. 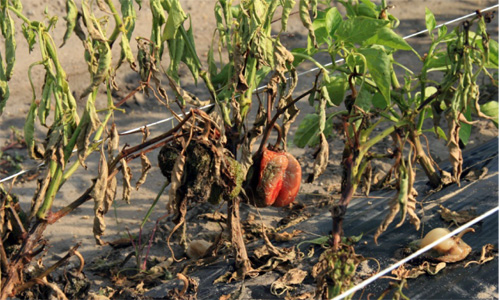 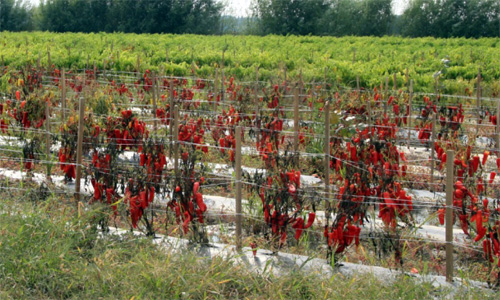