Managing the impact of rain on your field crops

Now is a good time to evaluate the cropping system to see how well it stands up against the force of spring rains. 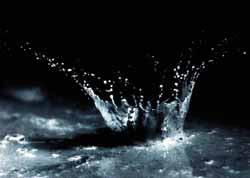 The spring of 2013 brought a lot of moisture. While the rains were welcomed as a means to restore soil moisture after last year’s drought, the force of many of the storms may have caused some additional problems.

Imagine hitting the ground going 20 miles per hour. Well, according to the Iowa State University Extension and Outreach article “Reduce Potential Soil Erosion in the Spring,” this is the speed of a raindrop in a normal rainfall. Now, imagine the force of the raindrops in some of the heavy storms we have experienced this spring. When the raindrop hits the ground it will splash soil particles from 3 to 5 feet. This action breaks up soil aggregates, clogs soil pores reducing infiltration and increasing runoff of both water and the soil it is carrying. Anyone who has been in a field this spring has seen the end result of heavy rainfall. In fact, this is a great time of year to take note of the problem areas and put a plan in place to address them.

Slow it down, protect the ground

Add cover crops to the system

Cover crops provide a cushion just like the residue, but they also provide a root structure that can hold the soil in place. Provide permanent vegetation in areas where gullies typically form to slow the movement of water as it travels down the hill. Soil is the most vulnerable to erosion in the spring as the previous year’s crop residues are broken down, spring tillage may have buried existing residues. Establishing a growing crop that canopies quickly will protect the soil from future rains. Try to decrease the time between fitting and planting. If soil crusts due to heavy rains after planting, using a rotary hoe as soon as soil conditions allow will help the crop emerge.

Now is a good time to evaluate your fields. If you are seeing signs of soil erosion or soils are crusting over, look for ways to put a cushion between the rain drop and the soil. Michigan State University Extension works with farmer to enhance their cropping systems by adding that cushion. Cover crops, no-till and manure are just one example of how a farmer was able to incorporate both cover crops and no-till into his cropping and livestock system.