4-H is growing the next generation of True Science Leaders. Nathan Laurenz of Midland County was recently featured in the October 2016 Michigan State University Extension article, “Nathan Laurenz represents Michigan at 2016 World Food Prize Global Youth Institute,” highlighting how he is a true leader in science with his research in eating insects.

When thinking about cooking around the holidays, how does adding some insects to your plate for some added protein sound? Maybe consider adding some cricket flour muffins to the menu for a family breakfast? Laurenz has written speeches advocating the nutritional benefits of eating insects for the Michigan FFA Association, the World Food Prize Global Youth Institute and Business Professionals of America (BPA). Consuming insects is one possible solution in looking at the bigger picture of world hunger. Laurenz also recently attended the 4-H National Congress and he will have a workshop on bug eating at the 4-H Spectacular in January 2017.

During Laurenz’s journey researching insects, he has received numerous awards and recognition. At the 2016 Midland County Fair, he received the animal sciences award talking about eating insects. He made a "nutritious snack” and a "foreign cultural food" by cooking with grasshoppers for the judges to sample. The foreign cultural food was impressive and received the purple ribbon.

Laurenz continued with his awards, receiving the best of show awards for “Basic Food and Nutrition” in talking about eating bugs and his entomology collection. He now has six best of shows total in Midland County. It didn’t end there for Laurenz in educating the community on eating insects, as he also showed at the Gratiot County Fair, were his insect collection received grand champion. 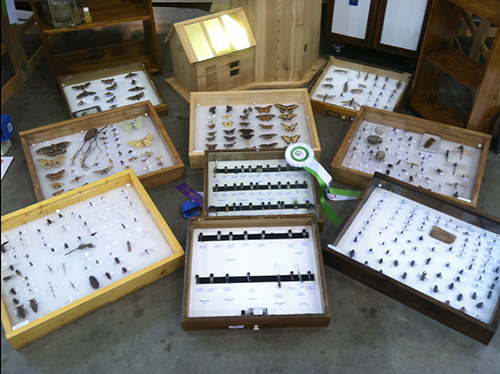 Laurenz shared that he also showed a cockroach, snake, salamander and tarantula at the fair. The tarantula received first place honors in pocket pet showmanship. He even competed in overall small animal showmanship, receiving a fourth place with his tarantula.

Laurenz has proved to be a True Science Leader in the area of insects. He has even been featured on an insect-eating podcast: OFI 164: The Increasing Use of Cockroaches as a Protein Source?

When asked why eat insects, Laurenz said, "Why not? They are nutritious and sustainable, not to mention tasty!”

For those science experimenters or just curious individuals, here is one of Laurenz’s county fair, fairly basic insect science recipes for you try: 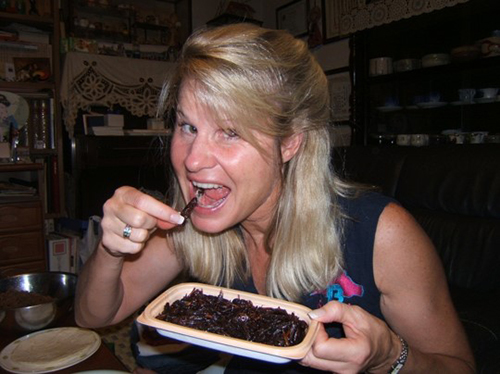 Laurenz has embodied what 4-H science is all about: asking questions and making discoveries.

Michigan 4-H has many 4-H science programming areas for youth to explore. Science is everywhere with many questions to ask and discoveries to be made. For more information about 4-H learning opportunities and other 4-H programs, contact your local MSU Extension office.

Raise your hand if you or someone you know is a Michigan 4-H alum!