Michigan State University Extension will again offer the long-standing Conservation Stewards Program, a volunteer training program designed for those interested in gaining experience in the principles of ecology involved in ecosystem management and sharing this knowledge with others. Participants learn about the history of conservation activities in Michigan, basic ecological principles and regionally specific natural communities such as forests, prairies, rivers, streams, vernal pools, etc. In addition, participants discuss current conservation issues, decision-making involved in the management of natural resources, how to contribute to citizen science efforts, and gain critical experience to ready them for leadership roles in local conservation efforts. Through participation in this program, concerned individuals can learn essential strategies to improve the health of Michigan’s natural communities.

One important aspect of the program is to expose and engage Conservation Stewards in citizen science. The Oxford English Dictionary defines citizen science as “scientific work undertaken by members of the general public, often in collaboration with or under the direction of professional scientists and scientific institutions.” This is often done to answer real-world scientific questions. Another critical aspect of citizen science is that not only does it allow the general public to contribute data scientific research, but it also provides the public a way to access data which they can use in conducting conservation efforts in their communities. 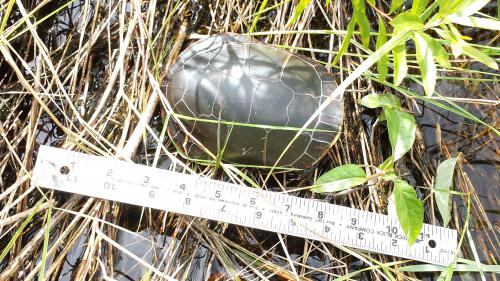 Since the first Conservation Stewards programs were offered in 2006, many Conservation Steward volunteers have been involved in a diversity of citizen science projects. Here are a few stories about the work they have done, and the experiences they have gained as a result of their participation:

Local conservation partners help plan, coordinate, and serve as resources for programs in several Michigan counties because they have seen first-hand how the program pitches a bigger tent through its community-capacity building approach to address local conservation needs. Read more.

Individuals interested in volunteer conservation are encouraged to enroll in theMSU Extension’s Michigan Conservation Stewards Program (CSP). Programs will be offered in Jackson and Washtenaw counties.

Registration is now open for the Jackson and Washtenaw programs:

For complete details about the program, including additional upcoming program offerings, visit the CSP page.