In “Michigan’s nursery and greenhouse industry – Part 1,” I summarized a 2015 survey performed by the National Agricultural Statistics Service (NASS) of Michigan greenhouse and nursery growers, including the number of operations in Michigan, the fuel type used for heating and its costs, and uses of supplemental lighting in the industry. With the input of the Michigan Floriculture Growers Council, additional questions on business challenges were also included in this survey.

According to the survey, the greatest proportion (32 percent) of floriculture growers in Michigan sold to re-wholesalers (brokers) followed by mass merchandizers (27 percent). Only 9 percent of Michigan ornamental plants were sold directly to landscapers or small garden center chains. The top five destination states for Michigan’s plant material were Michigan, Illinois, Indiana, Ohio and Wisconsin.

According to the survey, the top four business challenges facing the floriculture industry in Michigan were profitability, competition, labor costs and energy availability/costs (Figure 1). The rising production costs and relatively stagnant sales prices contributed to the decreasing margins on plant products. According to the survey, the least important challenges, as identified by the floriculture industry, were non-native pest information and water availability. 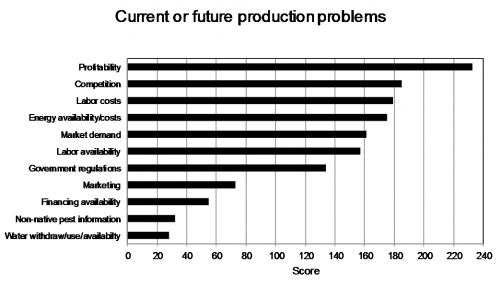 Figure 1. The top concern for Michigan floriculture businesses was profitability according to a 2015 NASS survey.

The third greatest concern of floriculture businesses was labor cost. The nursery and greenhouse industry employed over 13,000 workers in Michigan. Just under half of those employees were either part-time or full-time seasonal workers. In comparison to other agricultural industries in Michigan, greenhouses and nurseries hired more seasonal labor than vegetable growers, but less than half of that of the Michigan fruit industry (Figure 2). The nursery and greenhouse industries employed far fewer migrant employees compared with either vegetable or fruit growers. The mean wage per hour for seasonal workers did increase from approximately $9.50 to $10 from 2013 to 2014. 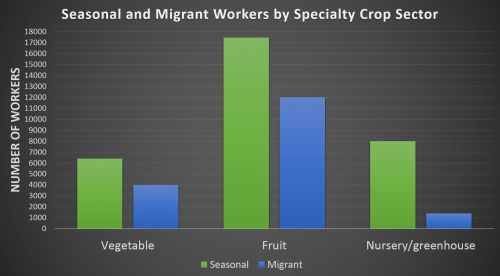 Figure 2. The Michigan nursery and greenhouse industry employs more seasonal workers than vegetable growers but less than half of that hired by fruit growers.

How to identify and manage common groundsel in nurseries and greenhouses