Mustang medicine: How a rehabilitated horse helped save an Air Force veteran

“There is something about the outside of a horse that is good for the inside of a man.” – Winston Churchill.

Have you ever approached someone watching a horse, be it at an event or just around the pasture, and inquired what it is they like about horses? Most are unable to provide a simple answer, but usually they focus on attributes such as beauty, strength, stamina, form and function. Although no one can exactly specify what it is that makes them love horses, anyone who has spent a moment in the presence of a horse can tell you, there is just something very special about these creatures.

Winston Churchill is credited with the quote at the beginning of this article, despite some controversy as to whether he was the true originator. Regardless of who coined the phrase, they captured the essence of a horse’s therapeutic and mesmerizing qualities.

Recently, Michigan State University horse management student Warren Van Overbeke shared his very personal journey with me, and I think MSU Extension is lucky to share his story and his involvement with MSU. 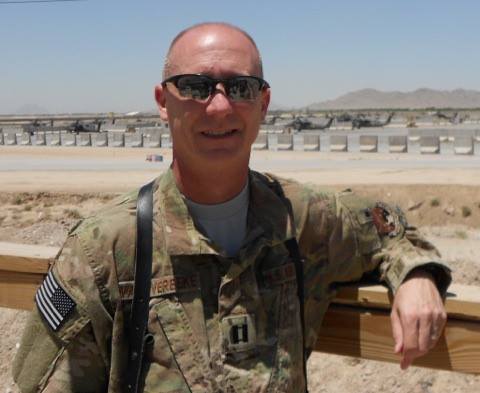 After my second deployment to Afghanistan in 2012, fourth overall, I began having a great deal of difficulty performing everyday tasks. Mental distress in the form of Post-Traumatic Stress Disorder (PTSD) and physical pain from injuries interrupted my life and career at one of its most pivotal points. I had attained my dream job as a Foreign Affairs Officer for the United States Air Force (USAF) working with the Hungarian military from the U.S. Embassy in Budapest, Hungary. Physically, I went through the motions, but mentally I was still back in Afghanistan and things were getting worse as the days went by.

Two years after arriving in Budapest, I was a mess and it was obvious to everyone but me—I needed help. I never slept, abused alcohol, was angry, bitter and didn’t care much about living or dying. It was at this juncture my wife Leanne intervened and approached my commander who obtained the orders, which eventually sent me to Walter Reed National Military Medical Center in Bethesda, Maryland.

In 2015, a year after returning from my assignment in Hungary and following in- and out-patient treatment for PTSD, I felt restless. I was searching for something that made me feel comfortable, something that took my mind off things and something that did not remind me of “over there.” That something was horses.

As a kid, my father worked evenings at a dairy plant and my mother was hospitalized a great deal due to crohn’s disease. This meant I spent a lot of time with my grandparents; one set lived in a rural farm town and the other on a farm just outside of that town. One set of grandparents had horses and the other knew people with horses, so early in life I was indoctrinated into the horse community.

While at Walter Reed National Military Medical Center, I began volunteering at a local horse rescue and it was at the rescue that one little mustang named Apple assisted me in ways I never imagined a horse could. Just spending time at the rescue was very therapeutic. The duties of cleaning stalls and grooming took me away from everything military and back to my days growing up in the rural country. Becoming involved with Apple and assisting in her rehabilitation and training allowed my mind to stay in the present. 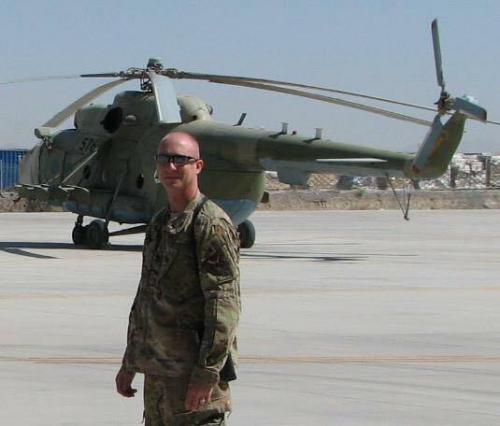 One day while spending time with Apple, it all clicked for me as to why I love horses and why horses in general have assisted in my battle against PTSD. Horses are a reflection of what I want to be: handsome, strong, energetic and formidable. Yet just like me in the world of PTSD, they have fears, trust issues, startle easily and are always alert.

After years of treatment, endless analyzation and over-medication, there is one thing I know: the best medicine money can buy doesn’t come in a solid, liquid or vapor, and it isn’t manufactured by a pharmaceutical company. It does, however, come in the cadence of hoof clicks on the pavement, the sweat that beads off the coat and the aroma that lingers in the barn—and it is made by a mustang!

In the end, Churchill, or whoever it was that made the statement, was correct, there really is “something about the outside of a horse that is good for the inside of a man.”

Thank you to Warren Van Overbeke for sharing part of his story with MSU Extension.

Van Overbeke continues to foster his relationship with horses through his time as a student in MSU’s Horse Management Program. Additionally, Van Overbeke was recently awarded the MSU Resource Center for Persons with Disabilities Emerging Opportunities Study Abroad Scholarship sponsored by Thomas and Ellen Maleck and other contributors. This award will allow Van Overbeke to spend the 2018 spring semester studying at the College of Agriculture, Food and Rural Enterprise’s Enniskillen campus in Northern Ireland.

How to start a 4-H horse judging team

The role of the scribe

Tips on becoming an effective ag-vocate