Nitrous oxide is one of the top three greenhouse gases, according to the U.S. Environmental Protection Agency. Though it’s less prevalent than other gases such as carbon dioxide, nitrous oxide -- commonly known as laughing gas -- is 300 times more effective than carbon dioxide at capturing heat and keeping it in the atmosphere.

Half of greenhouse gas emissions are estimated to come from agriculture. To reduce these emissions,  Michigan State University (MSU) AgBioResearch scientist Phil Robertson has helped develop an incentive for farmers to limit nitrous oxide output.

Nitrogen, in the form of fertilizer, is added to the soil to improve crop yields. Some farmers, however, apply more fertilizer to fields than plants require, he said. Microbes in the soil convert this nitrogen surplus into nitrous oxide.

“We previously assumed that a constant proportion of fertilizer nitrogen -- about 1 percent -- becomes nitrous oxide. That relationship isn’t as straightforward as we thought,” Robertson, MSU university distinguished professor of plant, soil and microbial sciences, explained. “What we’ve discovered is that the proportion is much higher when you apply more fertilizer than the crop needs because all of the excess becomes available to the microbes. In the absence of competition with plants, they are flooded with this resource.”

This nitrous oxide enters the atmosphere as a greenhouse gas and can remain there for up to 120 years.

“We’ve been putting nitrous oxide into context with the other greenhouse gases emitted by field crops, and the size of its effect is quite surprising to people,” Robertson said.

To reduce the release of other greenhouse gases, particularly carbon dioxide, some industries have voluntarily developed carbon offsets to limit the amount of gas that individual facilities or companies emit. As a consequence, a carbon market has emerged, in which these companies buy credits from industries able to reduce carbon emissions, and thereby meet voluntary reduction targets. 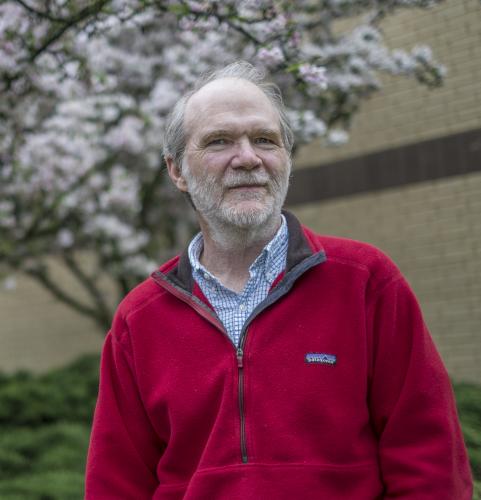 Farmers have, in previous years, been able to become involved in this type of trading, largely reserved for industries such as energy and manufacturing, through no-tillage practices. Not disturbing the soil prevents buried organic material from being exposed to the air, which accelerates soil decay and release of carbon dioxide.

“Through no-till farming, farmers can reduce the amount of carbon that leaves their soil,” Robertson explained. “They could then theoretically sell that carbon savings to industry in the form of a carbon credit, although no present carbon markets allow credits for no-till farming.”

Robertson and his colleagues have developed a way for farmers to be credited for more precise fertilizer use, which results in lower nitrous oxide emissions.

“We’ve devised a way that better nitrogen management can be rewarded,” he said. “The idea is that if we can pay farmers to fertilize more carefully, it will keep excess nitrogen from being converted into nitrous oxide and released into the atmosphere. Prior to this, there was little incentive to reduce fertilization beyond it being the environmentally right thing to do.”

Not only will this help farmers make money, it will help save money as well. By using less fertilizer on their land, they will reduce costs and maximize profits from participating in the carbon market.

The protocol essentially acts as a currency exchange for greenhouse gas offsets. Through it, farmers are able to convert nitrogen savings into carbon offsets and sell them on the carbon market. Similar protocols were previously developed for other greenhouse gases, such as methane.

“The nitrous oxide units they save can be sold as carbon credit equivalents simply by multiplying that amount by 300, the magnitude by which nitrous oxide is more potent than CO2,” Robertson said.

Greenhouse gas emissions restrictions and participation in the carbon market are currently voluntary in most of the United States, but many believe that national regulation is inevitable. This underlies interest in this work, primarily funded by the Electrical Power Research Institute.

“It will be to the advantage of the electric power industry to have as many sources of carbon credits on the market as possible,” Robertson said. “This is a way of getting farmers in on the act, to give them another source of revenue and at the same time help address one of the more important environmental problems we face.”

“A positive way of looking at agriculture is that it can now help solve the climate stabilization problem by reducing its nitrogen footprint,” he said.

From the Ground Up