Nonconformities in zoning is the source of much confusion

Zoning cannot be retroactive and has to grandfather existing land uses. Those are called nonconformities which take on many characteristics and are different than zoning violations.

Maybe one of the most confusing parts of zoning and the source of misunderstanding are zoning nonconformities. Many have heard the complaint; person “A” is able to do something on their land, but person “B” could not get a permit for the same thing. The story then goes on to talk about that being unfair, or a community playing favorites.

A fundamental part of zoning in Michigan is that a zoning ordinance cannot be made retroactive. Zoning cannot be used to go back and stop someone from doing something they have already been doing. Those legal pre-existing land use activities are “grandfathered” and get to continue. This concept is one of the basic private property protection tenants in Michigan zoning law. 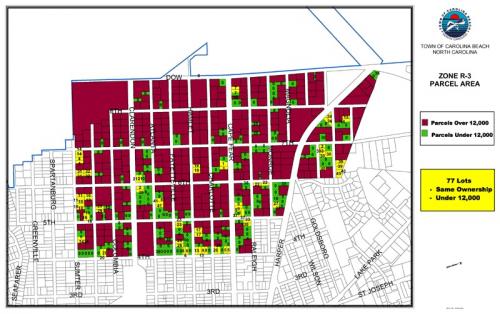 The passage of time is not enough to establish a property owner has stopped the nonconformity. There are zoning ordinances which will have a statement such as “after one year of disuse, the nonconformity is considered to be abandoned.” That does not work, no matter how much time has passed. To consider a nonconformity to be stopped one has to consider many different factors. It is a determination based on the preponderance of the factors considered.

The zoning ordinance can prohibit or limit the amount of growth of a nonconformity. But such limitation cannot create a situation where the inability to expand the nonconformity would result in violation of another law. For example, if the building expansion is needed so it meets barrier-free requirements, that expansion would have to be allowed to happen, even if zoning does not allow expansion.

A nonconformity can take on a number of different forms:

If in any of the above, the parcel, building, land use, or site requirements, were not legal when it was first started, even though zoning requirements have changed, it is not nonconformity; it is a zoning violation and should be handled with enforcement measures.

One person may properly be able to continue an activity on their land, while another in the same zoning district is not able to start up the same activity. It is not a result of being unfair or playing favorites. It is a result of protecting someone’s property rights and their ability to continue doing what they were doing before new or change zoning regulations were adopted.

Those in Michigan State University Extension that focus on land use provide various training programs on planning and zoning, which are available to be presented in your county. Contact your local land use educator for more information.