Spring was well underway throughout Michigan by the middle of May in 2008. Numerous species of woody and herbaceous plants were leafing out or starting to bloom and the insect world was lining up for their meals of leaves or nectar. The adults of several species of butterflies were already numerous, including the ‘Northern Spring Azure,’ ‘Brown Elfin,’ ‘Eastern Pine Elfin,’ ‘Mustard White’ and ‘Cabbage White.’ The first ‘Canadian Tiger Swallowtail’ adults appeared in the Traverse City area about May 26. Everything seemed pretty normal.

I awoke on the morning of Wednesday, May 28 to see a very hard frost on every surface, and my home maxium-mininum thermometer read 25ºF. Temperatures in the teens were reported in the Elk Rapids area. I knew this was going to have a devastating impact on the area’s fruit crops, but I did not expect the local insects to take it so hard.

It was three weeks before I spotted another ‘Canadian Tiger Swallowtail,’ and I saw only a handful after that. This is normally one of our most common and visible species in the north. All of the blues and elfins were shut down by the freeze, their numbers remaining low for the rest of the year. Butterfly species that would normally first appear as adults after the frost date were also very low in number, indicating that the freeze was just as hard on the immature stages. ‘Red-Spotted Purples,’ usually one of the most commonly seen butterflies in summer here in the north, were not seen very often. The large ‘Great Spangled Fritillary’ and the ‘Atlantis Fritillary’ were the next common species missing. The number of large fritillaries was very low in southern Michigan as well, which really hampered my main surveying effort of the year, as I had picked 2008 to commit most of my vacation time to searching for the ‘Regal Fritillary’ in the southern counties.

It will be interesting to see how rapidly the populations of the many affected species can make a comeback in 2009. A few were already doing okay in late 2008, such as the ‘Cabbage White,’ which managed enough of a comeback to devastate my ornamental kales. Leave it to the pest species to show the others how it’s done! 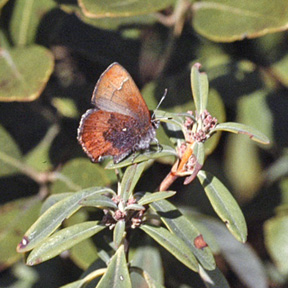 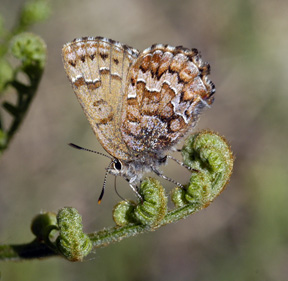 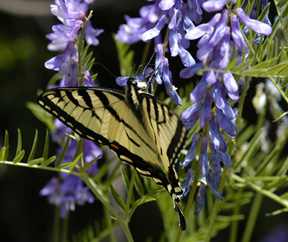